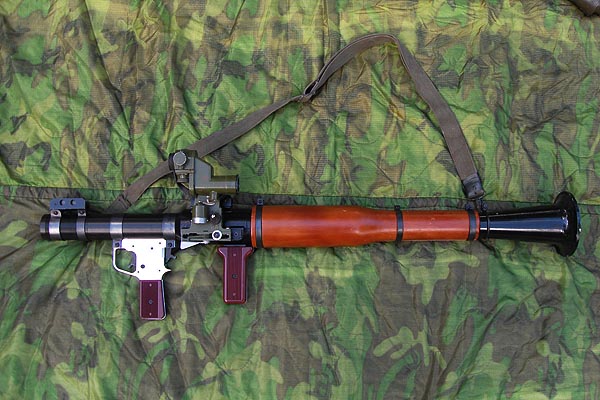 RPG is a transliteration of “ruchnoy protivotankoviy granatomyot”), which translates to the English phrase “hand-held anti-tank grenade launcher”. Thus rocket-propelled grenade is a backronym.

The RPG-7 is a widely-produced, portable, shoulder-launched, anti-tank rocket propelled grenade weapon. Originally the RPG-7 and its predecessor, the RPG-2, were designed by the Soviet Union, and now manufactured by the Bazalt company. The weapon has the GRAU index 6G3. 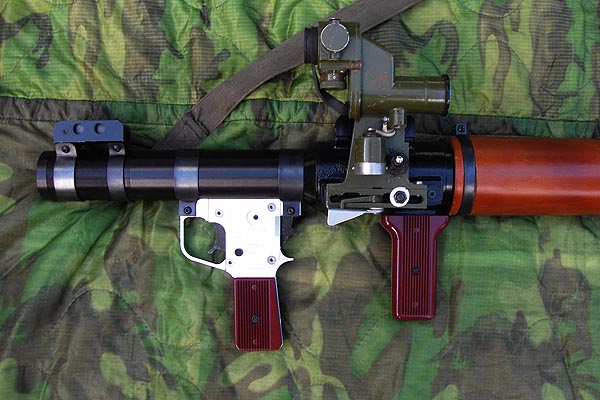 The launcher is reloadable and based around a simple milled steel tube, 40 millimetres in diameter, 95.3 centimetres long, and weighing 7 kilograms. The middle of the tube is wood wrapped to protect the user from heat and the end is flared to assist in blast shielding and recoil reduction. Sighting is usually optical with a back-up iron sight, and passive infra-red and night sights are also available.

The ruggedness, simplicity, low cost, and effectiveness of the RPG-7 has made it the most widely used anti-tank weapon in the world. Currently around 40 countries use the weapon, and it is manufactured in a number of variants by nine countries. It is also popular with irregular and guerrilla forces. The RPG has been used in almost all conflicts across all continents since the mid-1960s from the Vietnam War to the present day Wars in Afghanistan and Iraq War. 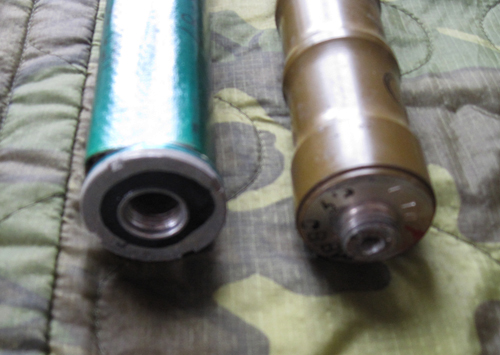 As with similar weapons, the grenade protrudes from the launch tubes. It is 40-105 millimetres in diameter and weighs between 2.5 and 4.5 kilograms. It is launched by a gunpowder booster charge, giving it an initial speed of 115 meters per second, and creating a cloud of light grey-blue smoke. The rocket motor ignites after 10 meters and sustains flight out to 500 meters at a maximum velocity of 295 meters per second.

The grenade is stabilized by two sets of fins that deploy in-flight: one large set on the stabilizer pipe to maintain direction and a smaller front set to induce rotation. The grenade can fly up to 1,100 meters; the fuse sets the maximum range, usually 920 meters. 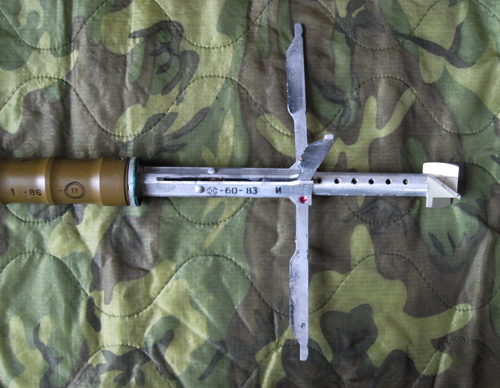 Accurate firing is difficult at ranges over 300 meters and with the RPG-7 the phrase “the closer the better” is always true. During the Soviet invasion of Afghanistan the mujahideen tended to use the weapon at ranges of less than 80 meters. 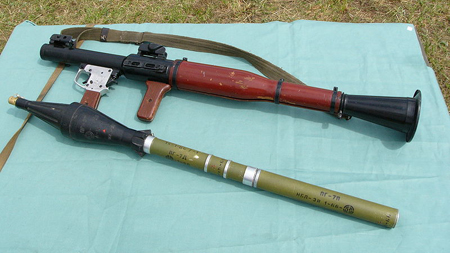 They were used in the Vietnam war to counter the introduction of the lightly armoured M113. This was countered by the mounting of barbed wire bundles to pre-detonate the warheads. US armoured vehicles in Iraq have been fitted with “birdcage” slat armour to protect against RPGs.

RT New York 1-0 modified RPG grenades with nails for extra fragmentation effect and called it the “The Porcupine”.