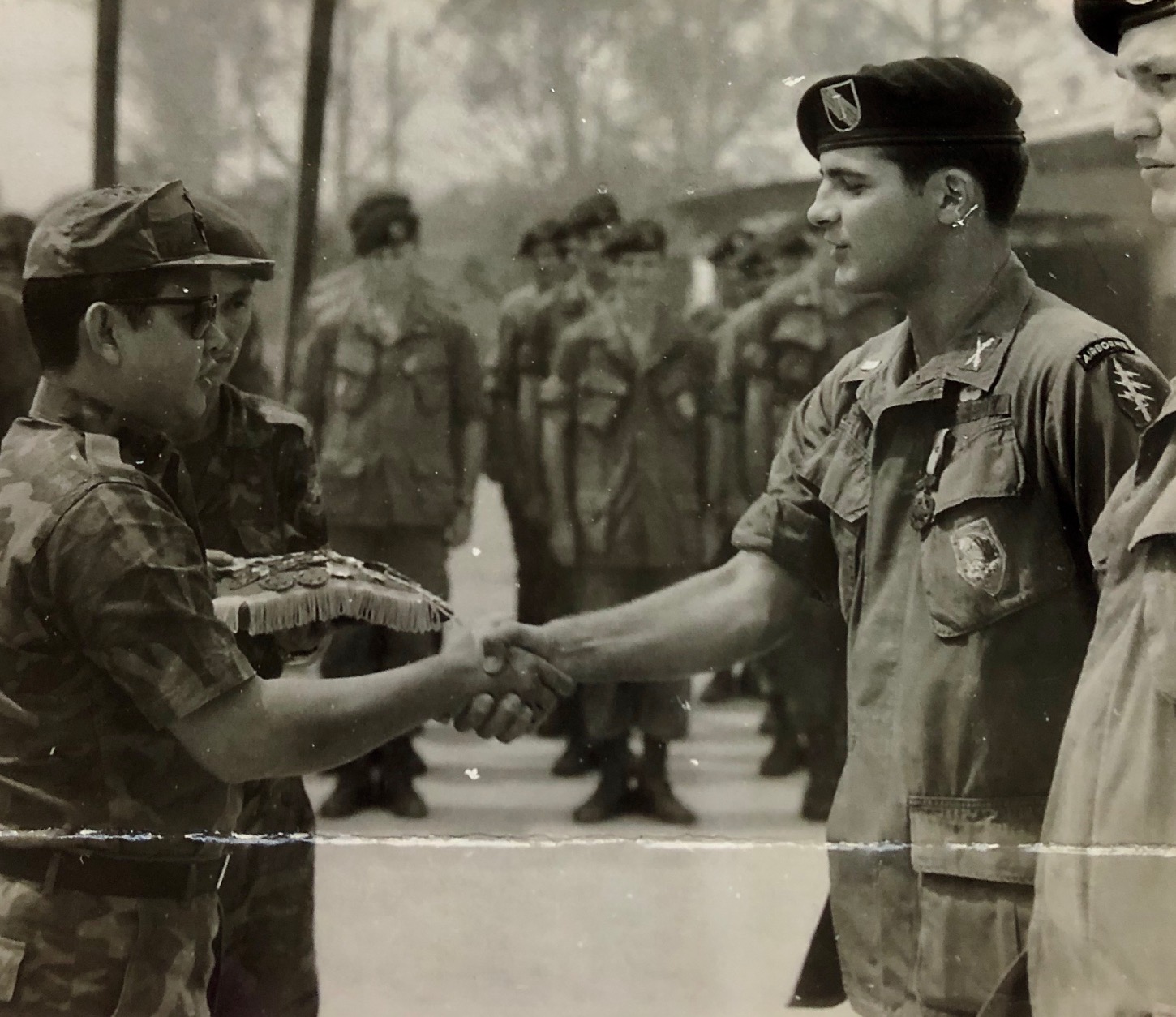 I joined the Army right after high school and wanted to be a paratrooper like my dad who served in WWII. I felt I was going to be drafted anyway so it seemed better to join up.

Somebody said never to volunteer for anything. I guess I was a little contrary back then and volunteered for everything.

At the age of 18 I went to the Infantry OCS (Officer Candidate School) and was a TAC (Tactical) Officer at Fort Benning for three months. Before I knew it I was volunteering for jump school, and Special Forces. I really wanted to join Special Forces and had heard of a Mrs Alexander who handled Special Forces assignments at the Pentagon. I called her for a couple of weeks unsuccessfully and finally sent her a dozen roses. The next time I called, she told me that I must really want Special Forces badly and to stop calling me. I will get your orders out.