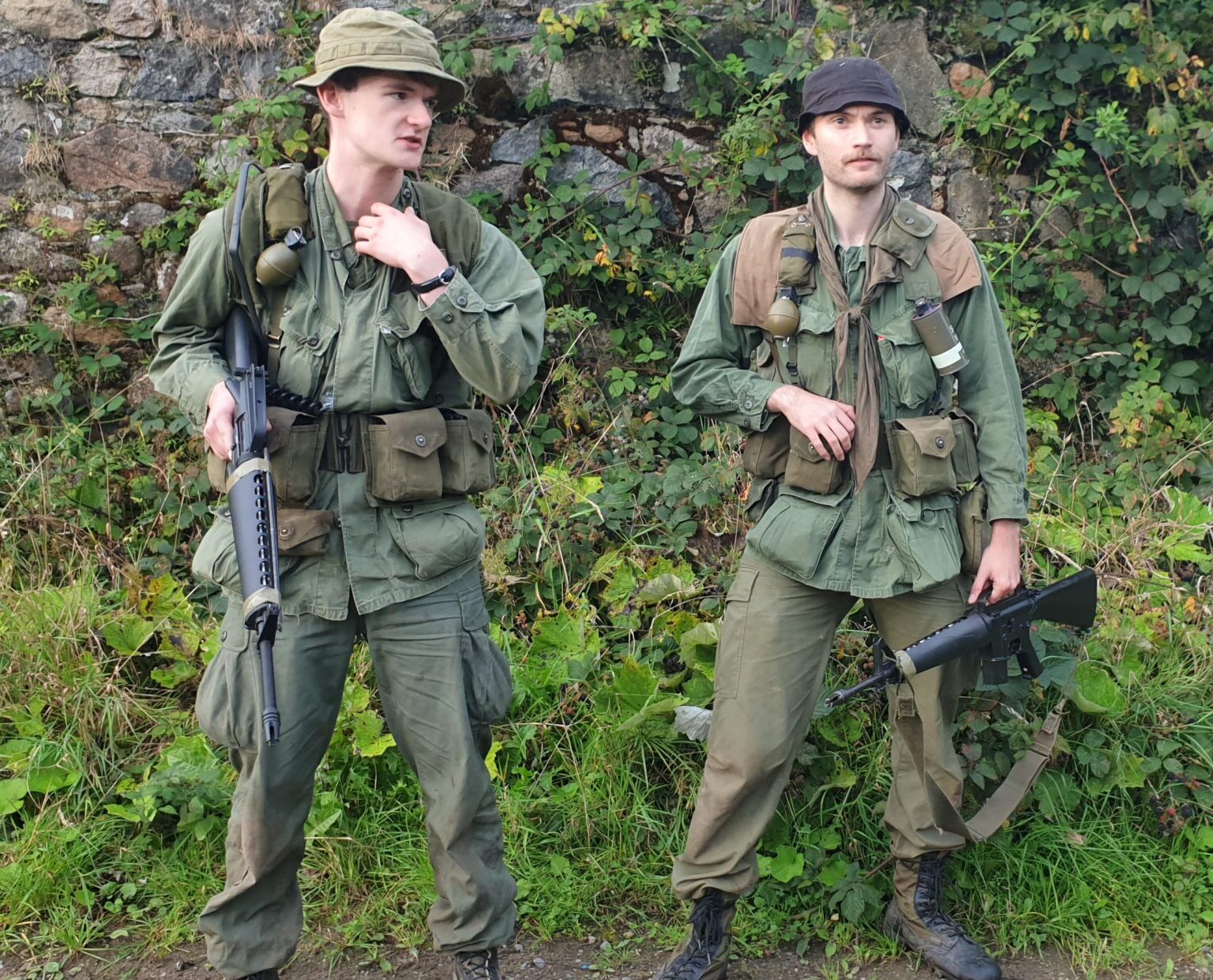 Spike Team Nevada was a MACVSOG reconnaissance team operating out of FOB 2 (Kontum). In January 1967, SFC Jim Lively’s team consisted of himself, the 1-0, with SFCs Bob Marple and Clarence McCormick as 1-1 and 1-2 respectively, and an unknown number (likely between 5 and 8) of Chinese Nungs. When ST Nevada was selected for a mission in mid January, 1-2 McCormick was afflicted by an acute case of malaria. SFC Mo Worley was asked to fill in for the mission.

Both members of ST Nevada presented in these photographs are wearing BAR belts with M1956 harnesses and canteen covers, typical for Spike Teams of this era. The 1-2 (left) is wearing a 1st pattern jungle jacket, and carrying the PRC25 radio, essential for communication on operations. The 1-1 is wearing a 2nd pattern jungle jacket. Both men are equipped with M16’s (only recently authorised for use in Laos) and carry their ammunition in their BAR belt pouches. Mission critical equipment such as signal mirrors, compasses and rations are kept in the jacket and trouser pockets.

Both men have pads on the straps of their CISO rucksacks to reduce the burden of the heavy loads. The PRC 25 and antenna can be seen coming out of the 1-2’s rucksack. Water is carried in 1qt canteens on the belt, with more in their rucksacks. Much like water, rations were broken down, split between fatigue pockets and their rucksacks. 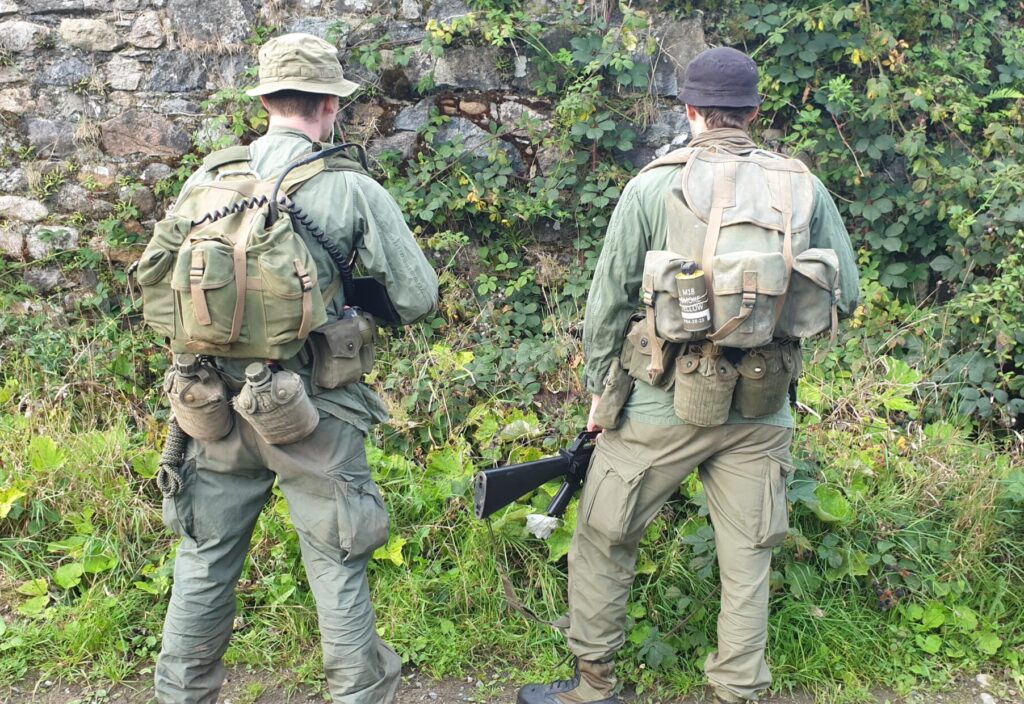 ST Nevada was inserted into Laos near Highway 110 in mid-January 1967. They spent several days scouting the road, avoiding trackers while observing cargo-bicycle traffic. On January 19, Lt George Dias’ 33 strong Hatchet Force platoon was inserted to continue the mission, with ST Nevada’s worn-out Nungs extracted. The three Americans from ST Nevada remained on the ground with Lt Dias and 2IC SFC Bob Franke. The Hatchet force platoon set out, with their aim to secure an NVA prisoner.

On January 20, Nevada 1-2 Worley was leading the point squad of the Hatchet Force when he “sensed an odd calm in the jungle.” Worley deployed the Nungs and preemptively broke the NVA ambush lying in wait for the Hatchet Force. In the ensuing firefight, the Hatchet platoon assaulted the NVA positions, capturing a prisoner as the NVA pulled back. After the firefight died down, the Hatchet platoon moved a mere 80 yards down the trail before coming under fire again. Worley, again at the front, fought through this ambush. In the process, he burnt through his ammo. He would throw his Swedish K at Franke to reload for him while he used someone else’s gun. When the NVA broke and pulled back a second time, he tossed his Swedish K to Franke and before the latter could pass him an M16, he pulled out his bowie knife and charged a log he saw someone behind. Persuading the Viet with his knife to follow, Worley pulled back to the Hatchet platoon while Nevada 1-0 Lively called for an extraction chopper. The choppers extracted the two prisoners while the Hatchet platoon and Americans from Nevada remained on the ground overnight. On January 21, Worley, again leading the point squad, killed two Viets when he foiled another NVA ambush. Worley and several Nungs remained on the trail to engage the NVA. Three of the platoon’s Nungs were killed in this firefight.

During the ensuing NVA counter-attack, Worley was wounded by a burst of AK fire and a grenade blast. “One of the bullets passed though his right arm, traveling up the bone before coming out the other side. Another… grazed his face, while a third hit a branch… [and] broke up and ripped his chest in several places” (Moore, 2018, p.73). Worley tucked his shredded arm under his webbing suspenders to hold it in place, continuing to fight back with his good arm, using grenades and a Browning Hi-Power pistol to knock out nearby NVA positions. Following this continued stiff resistance from the Hatchet platoon, the NVA withdrew. The Hatchet platoon withdrew to an LZ 300 yards away, from where they were extracted in Kingbees. The force returned to Dak To launch site, with Worley being carried on to Pleiku hospital in another chopper (the pilot being coerced at gunpoint to divert from his scheduled cargo flight). SLAM II Cost FOB 2 3 Nung KIA, with several more WIA to varying degrees (among them the Americans from the Hatchet platoon and ST Nevada).

Intelligence gleaned from both of the prisoners, reports by other recon teams in the AO, and US ambassador to Laos William Sullivan would result in SLAM III being conducted form January 30 to February 13. SLAM III would see several Spike Teams insert along Highway 110, collecting intel for massed B52 sorties and subsequent Bomb Damage Assessments (BDAs) by Hatchet force elements. Out of SLAM III would come SOG’s first Medal of Honor, and the follow up operation of SLAM IV from February 10-27, following a similar formula. 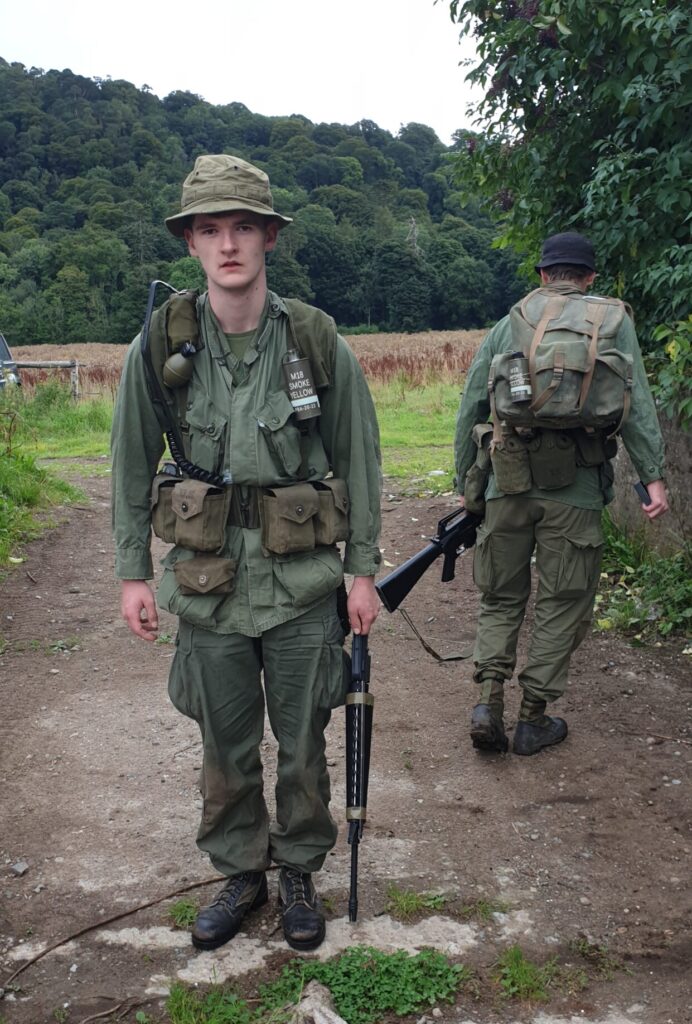 Although the M16 was authorised for use in Laos in early 1967, Swedish Ks would remain in widespread use for some time to come. SFC Mo Worley carried a Swedish K during his mission with ST Nevada in January 1967. In this case, the 1-2 is pictured with his cleaning rod broken down and taped to his M16’s handguard. 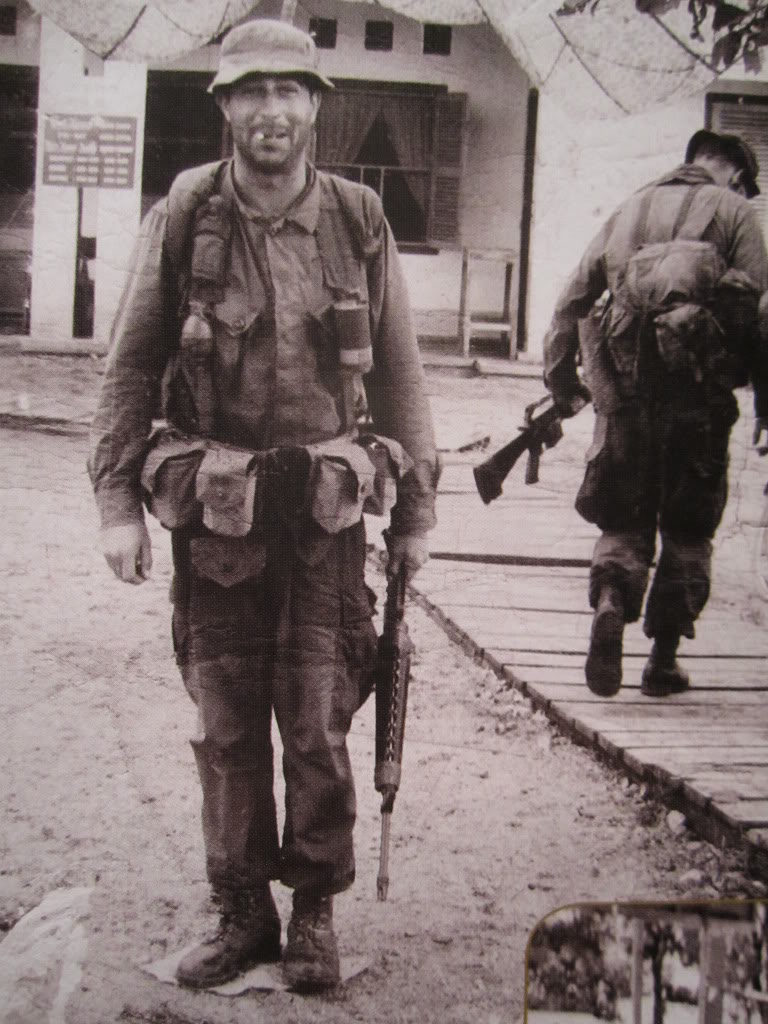 SFC Clarence McCormick, 1-2 of ST Nevada circa early 1967, FOB 2 Kontum. A broken down cleaning rod is taped to his M16’ handguard.

The 1-1 and 1-2 stand at the entrance to a Nung village in their sterile jungle fatigues. The 1-2 has a Browning Hi Power hanging from a lanyard around his neck.