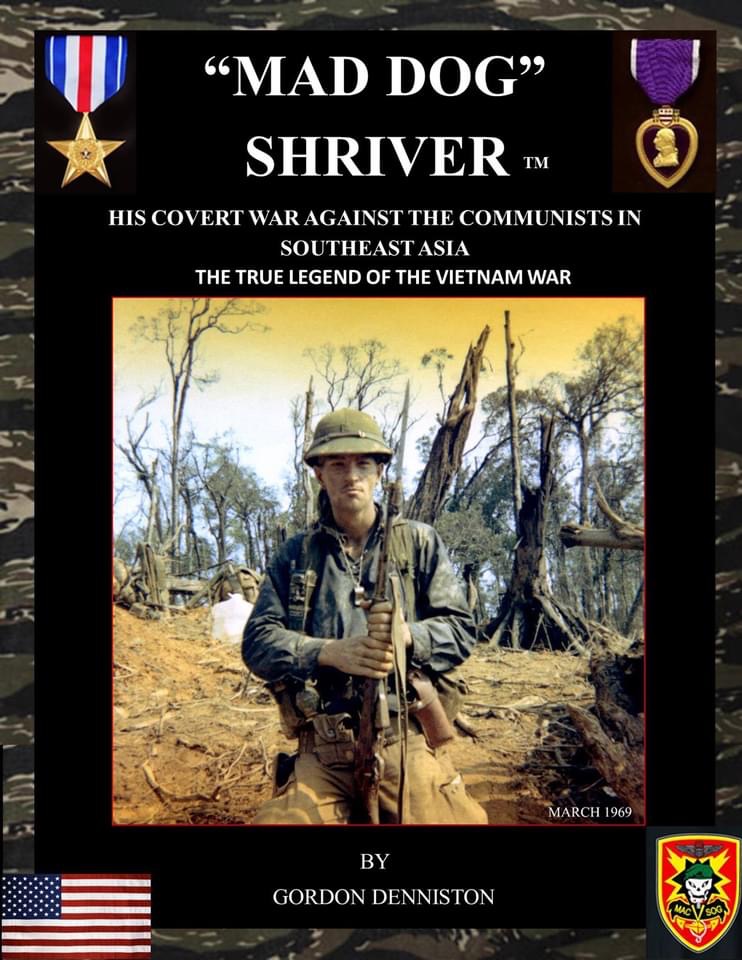 Coming soon – the much-anticipated book “”MAD DOG” SHRIVER – HIS COVERT WAR AGAINT THE COMMUNISTS IN SOUTHEAST ASIA – THE TRUE LEGEND OF THE VIETNAM WAR” by Gordon Denniston. The book is expected to be available for purchase in October at SOAR XLV and the SFACON reunions. The 8” X 11” book is 514 pages and contains unseen photos, maps and information about Jerry Shriver. It also provides the authors insights into the politics of the era interwoven with Jerry’s story. 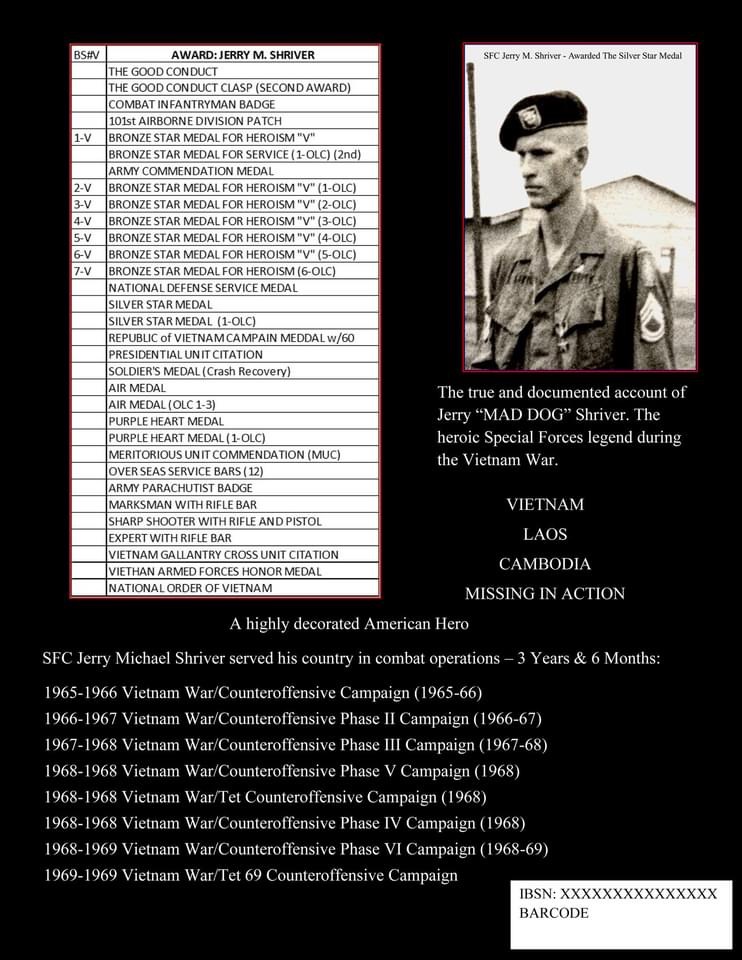 Gordon Denniston flew with the 119th Attack Helicopter Company (AHC) and knew Jerry personally. Jerry’s sister Colleen supported Gordon’ work on the book and provided some of Jerry’s personal information, to include his photo albums.

Gordon has not set the price for the book or chosen his sales method yet. If you would like to be kept up to date on when and where the book will be available, sign up to the book email list at the link below:
http://eepurl.com/hv_yA5

From the inside cover of the book:
A TRIBUTE TO JERRY MICHAEL SHRIVER:

“Jerry Shriver was an individual that will always remain larger than life in my recollections of the events and times that have shaped and influenced my life. He will always be recalled as a young man in that part of his manhood, where the whole world is his oyster. In my mind’s eye, he will never age or suffer the outrages of life that the rest of us, the survivors have to endure. His image is that of a moment frozen in time, never to be altered by the ravages of fortune and time. Jerry was an inch or so taller than me, I am 6′ 2″ tall, his slender frame belied the fact that he possessed almost endless energy and stamina. He could outperform every other man I have known while on patrol, he lived for the time he could spend on patrol. That was his element, he belonged in there like a fish does in water. When, we were in a support role waiting for something to go wrong with one of the RT’s he would create reasons to go on patrol in and around one of the launch sites. When, the helicopters were grounded due to inclement weather, he would pace like a caged tiger or retreat into his self to some secret place.

Normally, he did not need or seek the company of others, he was at peace alone with a book or in pursuit of keeping his equipment in A-I shape. He always had a paperback book with him and would take it out and start reading whenever and where ever he wanted. He was cordial with people he knew and respected, however with someone he did not know he was normally reserved and aloof, not rude but somewhat not at ease. He would excuse himself and leave to pursue other interests, he did not spend a lot of time in the Club at Ban Me Thuot (BMT), but then again neither did I. In that way we were alike, he did not frequent the bar district in BMT that was on limits to the NCOs but not the Officers.” 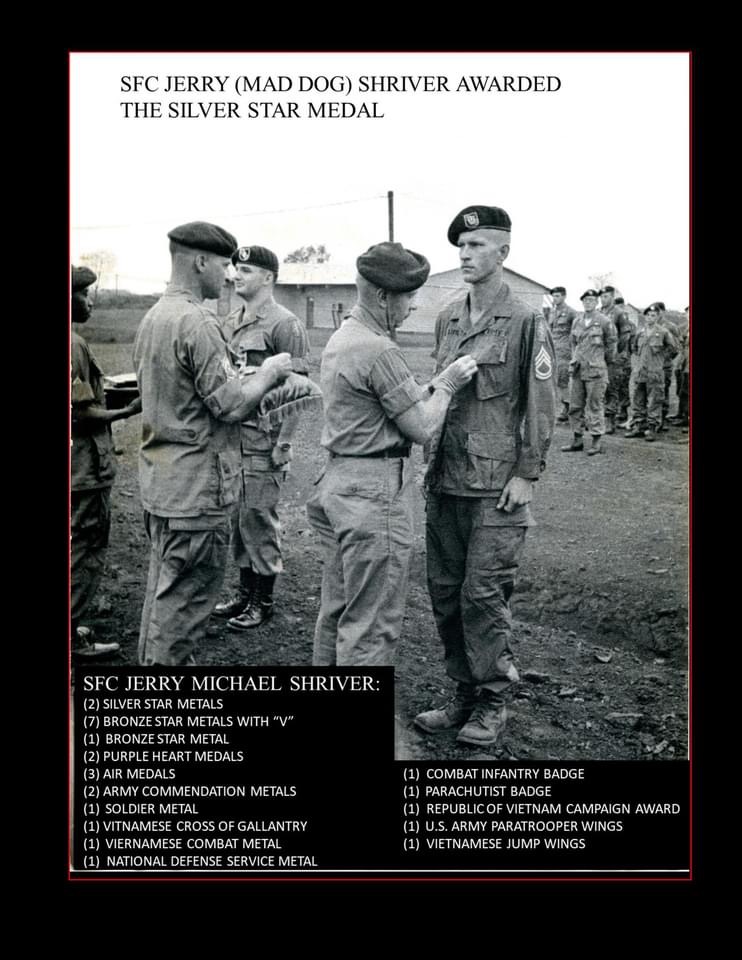