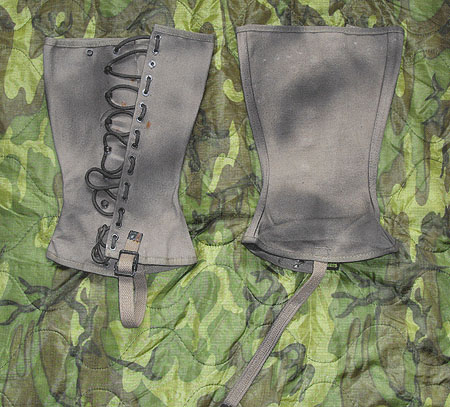 S.Sgt. Ray Harris brought the first bunch of leggings over to CCC in 1969, with Sgt. Howard Suger bringing more over later. Only teams in Command & Control Central (CCC) Kontum wore the WW2 Leggings.

Here you can see that the standard lacing has been replaced with “550” cord and they have been sprayed with black paint in a camouflage pattern.