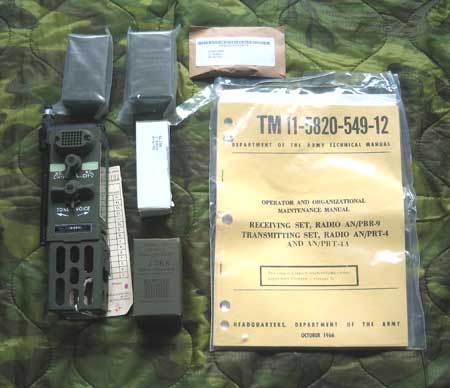 The AN/PRT-4 and AN/PRR-9 worked together as an attempt at a simple, lightweight Squad radio, albeit one-way. First fielded in Vietnam by the U.S. Army in March 1967, the idea was to extend an infantry platoon and/or squad leaders’ command and control beyond verbal, hand signals and personal contact communications. The system consisted of the handheld transmitter AN/PRT-4 which would be used by the platoon and/ or squad leaders’ to send communications to the helmet mounted receiver AN/PRR-9 which could be distributed to squad leaders and/ or members. A two way system could be created by having both a AN/PRT-4 and a AN/PRR-9 giving the users both send and receive capabilities.

The AN/PRT-4 & AN/PRR-9 squad radio was evaluated by the Army Concept Team in Vietnam, in conjunction with other agencies, to determine its suitability for use in Vietnam. The evaluation was conducted in three different parts: 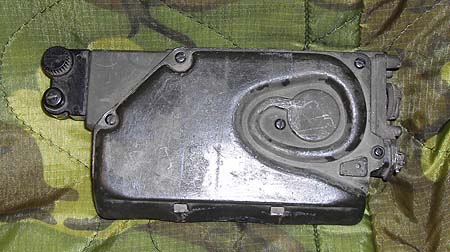