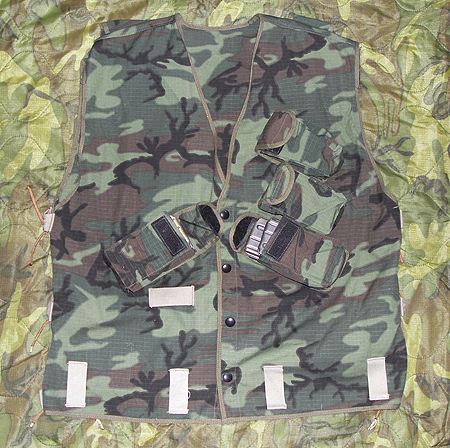 Front view of the vest

This is a reproduction of the early version of the Navy Seal Float Jacket developed by Natick Laboratories during the Vietnam War. These designs came about for two main reasons; the issue floatation vest often became damaged during jungle operations by vines and thorns and the issue M1956 webbing became very heavy when wet and took a long time to dry out. There was also a desire to redistribute the weight of the LBE from the hips to be spread more evenly over the upper body. The solution was a camouflage jacket that had an internal inflatable bladder and integral ammunition pockets on the chest, arms and back. 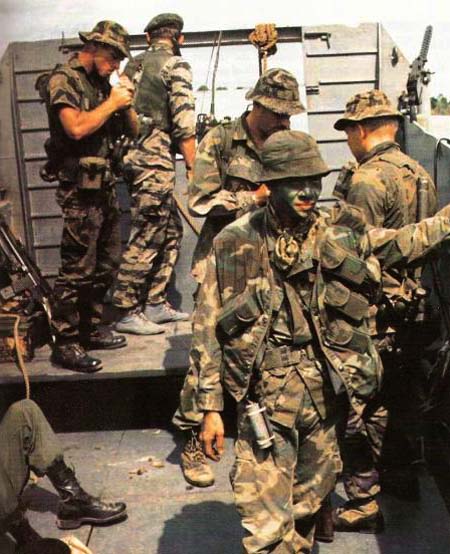 An early Seal Float Jacket in use in Vietnam, note the M1967 pouch in the background as well as an early version of the M79 Vest

This is a reproduction of the early form of that jacket that was more complicated than the later version that is more commonly known. As you can see from the photographs it uses the rip-stop ERDL pattern developed in 1948 but has the chest pockets removed and replaced with 4 ammunition pockets on the front, each holding 2 x 20rd M16 magazines, each pocket is closed by Velcro and has drainage holes to allow water to drain out.. The buttons have also been replaced by metal snaps hence the nickname of “Snap Vest”. 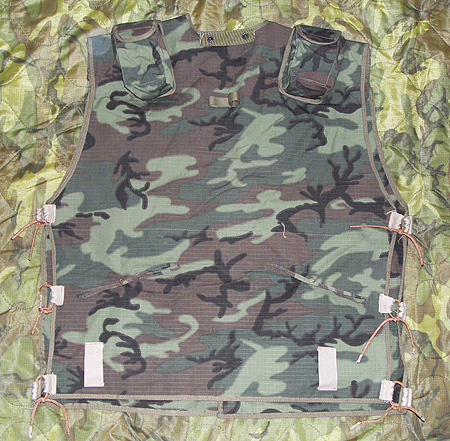 The rear of the vest

Two magazine pouches were also sewn onto the rear of the jacket, on the original jacket there were also two pockets attached to the arms and secured by Velcro straps. these can be seen in Stateside pictures of Navy Seals but were often removed in the field as on this reproduction. The rear of the jacket also featured a nylon tab and lacing to attached a standard Jungle First Aid kit along with slits to gain access to the inflatable bladder.

The jacket was left open at the sides to allow for ventilation and secured by 3 nylon loops and nylon cord, this also allowed the wearer to adjust the jacket when the internal bladder had been inflated. 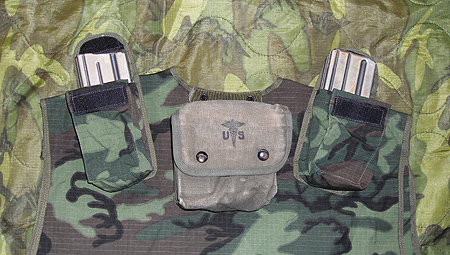 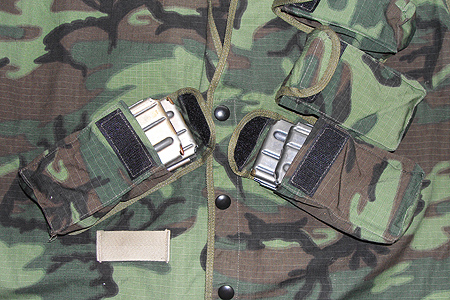 Detail of the front pockets on the vest, each pocket holds 2 x 20rd M16 magazines 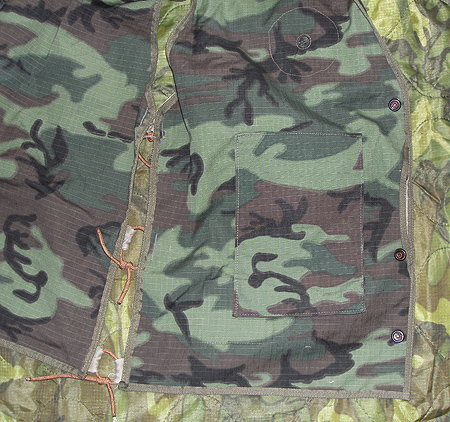 The inside padded pocket for the opening of the C02 Cartridge

These jackets were sent to Vietnam for testing and found to be ideal for short overnight or ambush missions, after a few months testing they were sent back to Natick for updates and standardization of production. The outcome of these changes was the classic Seal Float Jacket that is one of the rarest items from the Vietnam War. The main changes were built in sleeves, smaller pouches on the sleeves for first aid dressings/compass and the production of the coat in 3 versions; Rifleman, Radioman and Grenadier.

Image showing the grenadier (top) and Radioman (bottom) versions of the Float coat, also shown is the floatation bladder