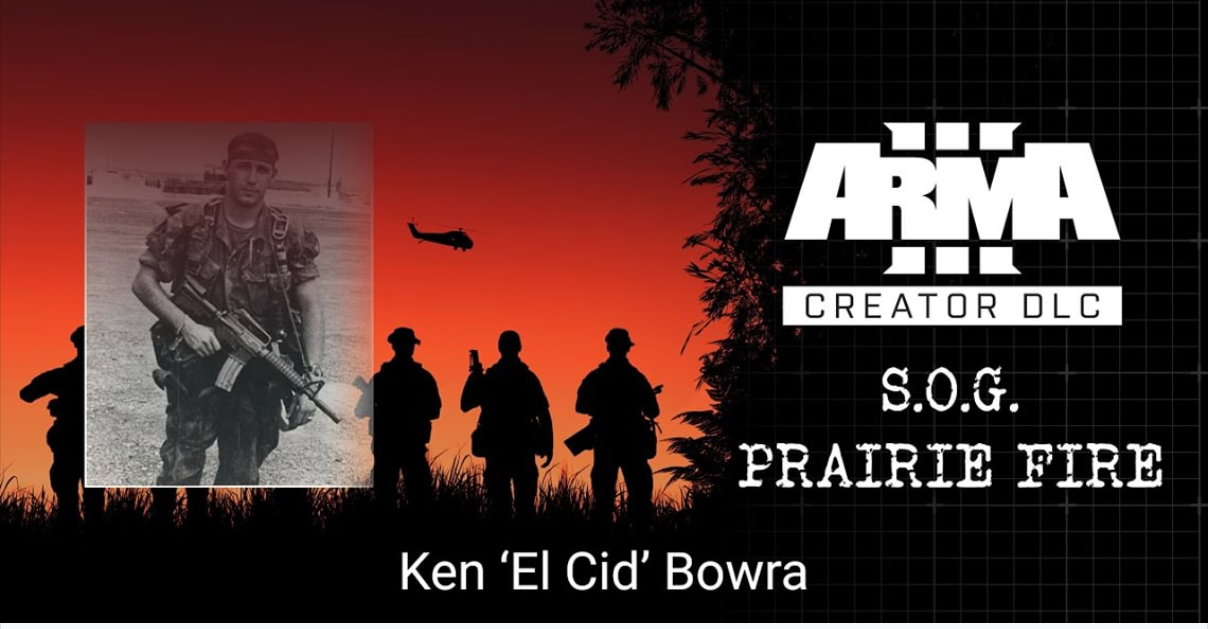 The fourth instalment from the Savage Game Design team in their interview series with SOG Veterans.

Ken was commissioned a Regular Army Officer following graduation from The Citadel, The Military College of South Carolina. He has commanded Special Forces units at all levels, to include serving as a 1-0 for RT Idaho and RT Sidewinder in MACV-SOG C. C. N. (TF1AE). He later served as an advisor and A-Team Executive Officer and Commander to Cambodian infantry battalions in the U. S. Army Vietnam Individual Training Group (UITG)/ Forces Armee Nationale Khmer (FANK) Training Program, where he trained, advised and conducted combat operations with Cambodian units. He again worked with Cambodian units in 1974 as a member of the Military Equipment Delivery Team, Cambodia (MEDTC). He continued to serve in Cambodia until he was evacuated during Operation Eagle Pull, the evacuation of the American Embassy in April 1975 prior to the fall of Phnom Penh and the Khmer Republic to the Khmer Rouge. Ken later served as the Commander, 5th Special Forces Group (Airborne), Commanding General, United States Army Special Forces Command (Airborne) and as Commanding General of the John F. Kennedy Special Warfare Centre and School. He retired from the U. S. Army after over 33 years service in 2003.

Ken has also co-authored 2 books on the war.