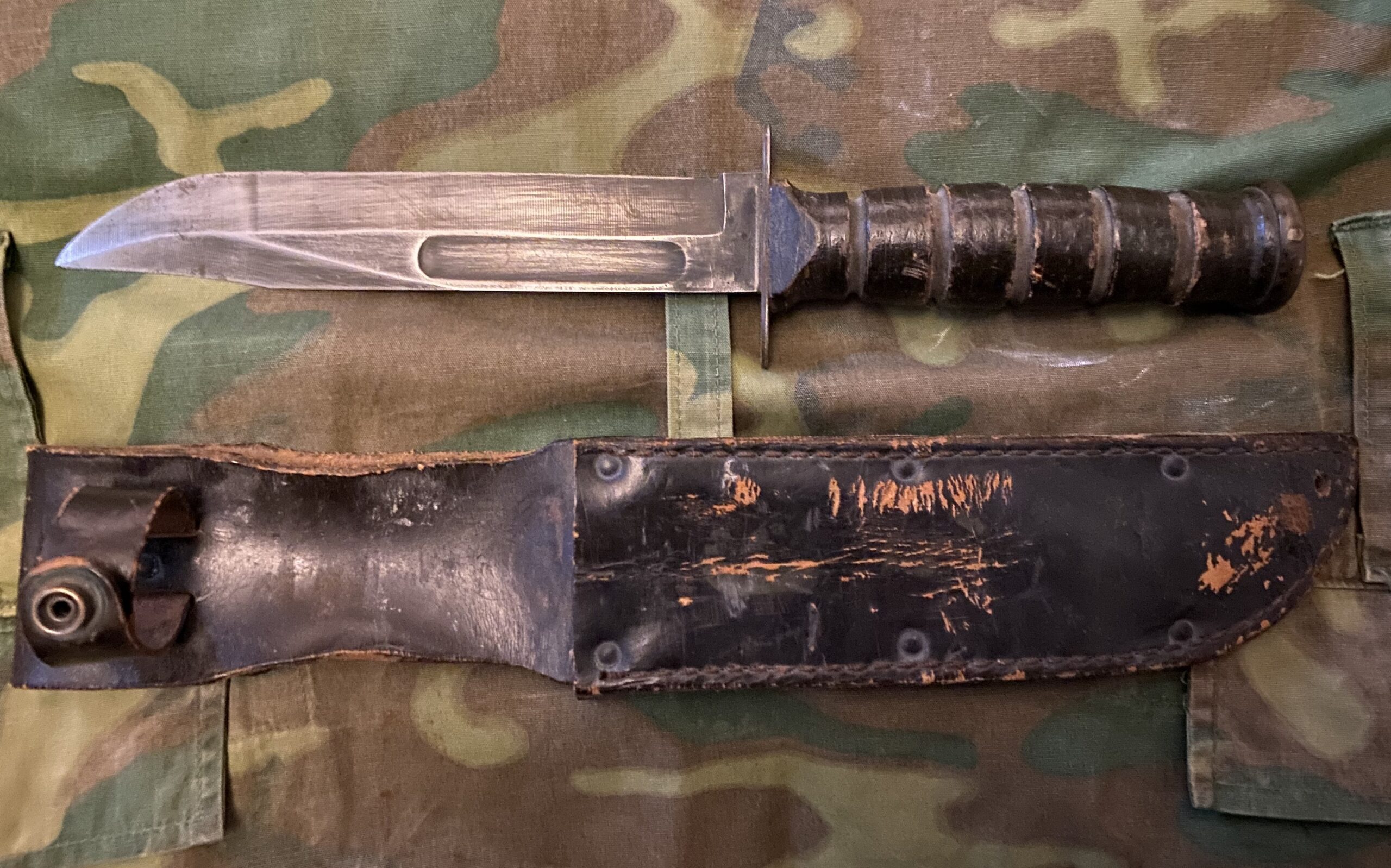 While the SOG Bowie or Recon Knife is the most well known of SOG knifes a lot of teams thought the knife wasn’t the best in the field, so a very common knife was the classic Ka-Bar along with the Air Force’s Survival Knife and knives from Randall and Gerber. The Ka-Bar knife more commonly associated with the USMC but it was also in the Army supply system.

The Ka-Bar fighting knife was originally designed as a hunting knife in 1898, and would have been considered unremarkable at that time. In 1942, soon after the United States’ entry into World War II, American troops experienced the problematic nature of the M1917/1918 and Mark I trench knives that they were issued initially and, realizing the need for knives suited to trench warfare, Ka-Bar’s design was chosen from a catalogue of hunting gear. The Marines bought many different knives and designs from a large number of suppliers during World War II, but it was the Ka-Bar fighting knife that was most common and popular. It was chosen for continued purchase and issue after the war was over. The final shape was decided upon by the Marine Corps. The changes included a slightly longer blade for combat use, introduction of a small fuller to make the blade lighter, and the pinned pommel and stacked leather handle as standard. In addition, the blade, guard, and pommel were all finished in a non-reflective matte black or grey phosphate finish instead of the brightly polished steel of the original.

Millions were made during World War II by Ka-Bar, Ontario Knife Company, Camillus Cutlery, Case Knives, and several other knife companies. The knife is inexpensive, easy to replace, and adequate for most tasks. It was also used as a diving knife in World War II, though the model in use at the time disintegrated rapidly in saltwater. The various forms of this knife are still very popular with hunters, fishermen, hikers, outdoorsmen, and the U.S. military.