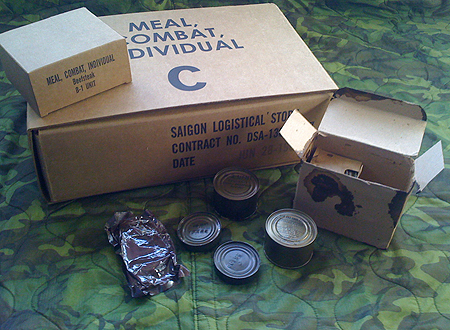 The Type C or C-Ration was an individual canned, pre-cooked or prepared wet ration intended to be issued to U.S. military land forces when fresh food (A-Ration) or packaged unprepared food (B-Ration) prepared in mess halls or field kitchens was impractical or not available and when a survival ration (K-ration or D-ration) was insufficient. After World War II, cost concerns later caused the C-ration to be standardized for field issue regardless of environmental suitability or weight limitations. 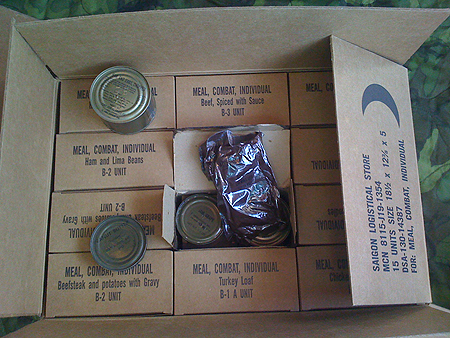 This is the official Quartermaster’s description of C-Rations used in Vietnam.

“The Meal, Combat, Individual, is designed for issue as the tactical situation dictates, either in individual units as a meal or in multiples of three as a complete ration. Its characteristics emphasize utility, flexibility of use, and more variety of food components than were included in the Ration, Combat, Individual (C Ration) which it replaces. Twelve different menus are included in the specification.

Each menu contains: one canned meat item; one canned fruit, bread or dessert item;
one B unit; an accessory packet containing cigarettes, matches, chewing gum, toilet paper, coffee, cream, sugar, and salt; and a spoon. Four can openers are provided in each case of 12 meals. Although the meat item can be eaten cold, it is more palatable when heated. 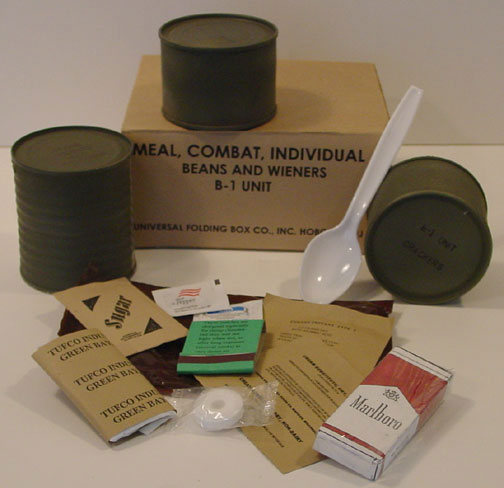 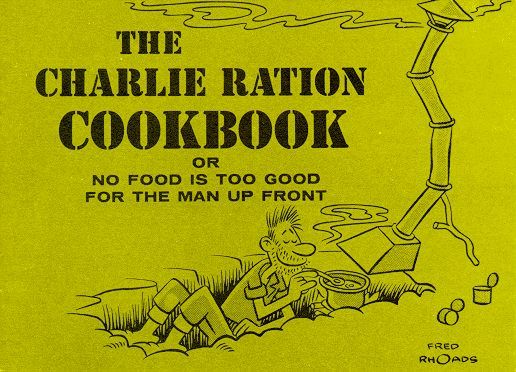