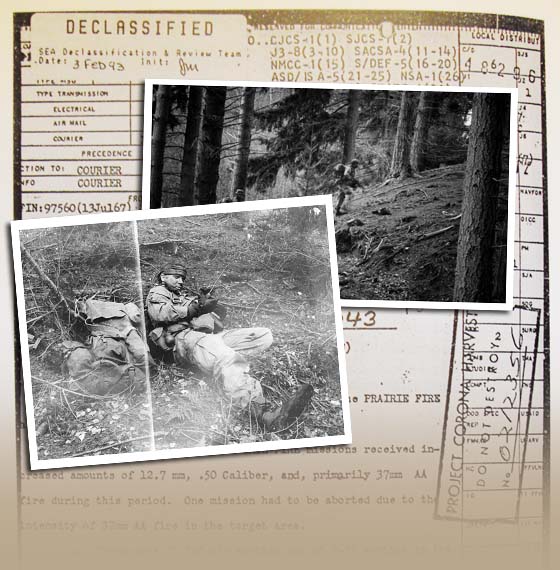 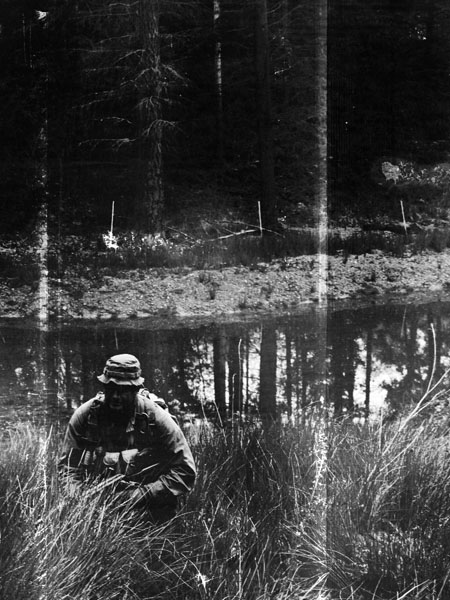 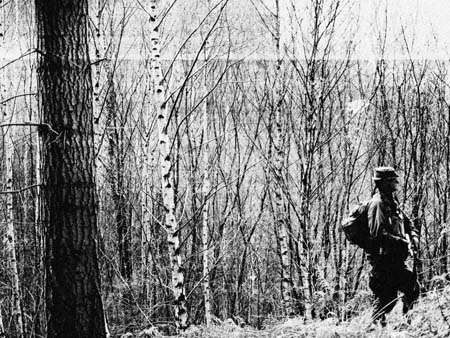 The RT also heard an estimated enemy company searching the area around the RON location and speaking in a North Vietnamese dialect. A new RON was then used at YD078014. 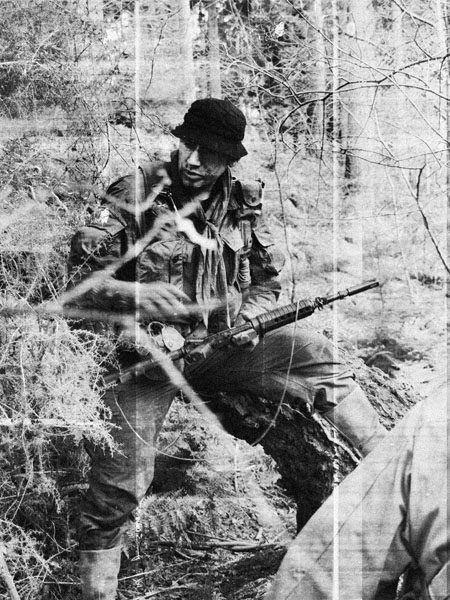 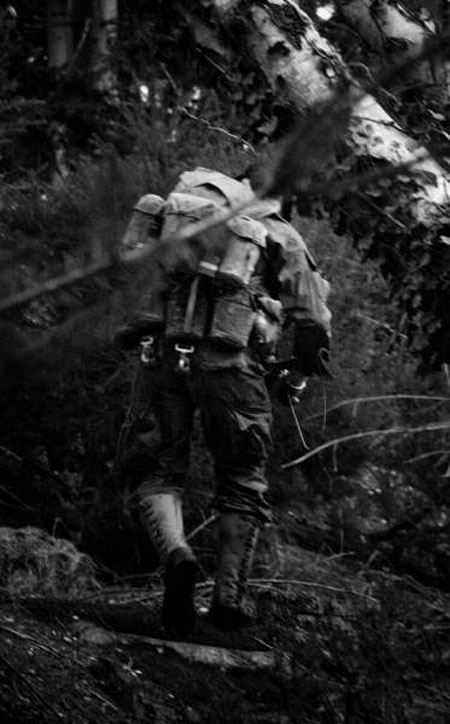 On 3 Jul 69 the RT encountered an estimated NVA company. The enemy personnel were wearing khaki uniforms, pith helmets and rucksacks. They were carrying AK’s or some type of unidentified automatic weapon. 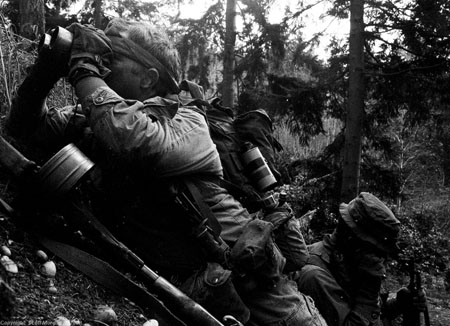 During the ensuing firefight the RT became split with three VN team members were initially MIA. The RT broke contact and regrouped in the location of YB513303. 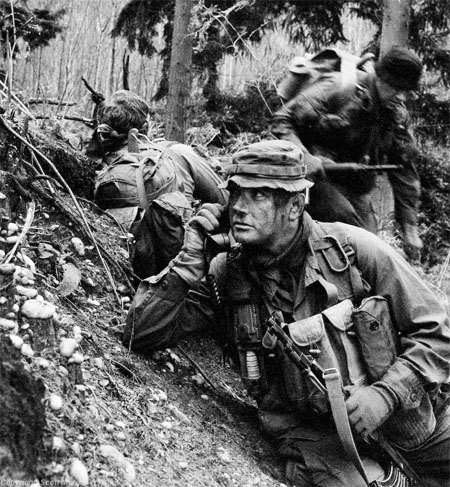 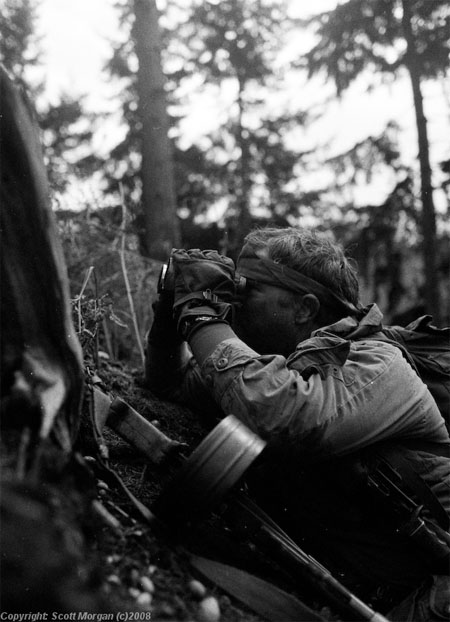 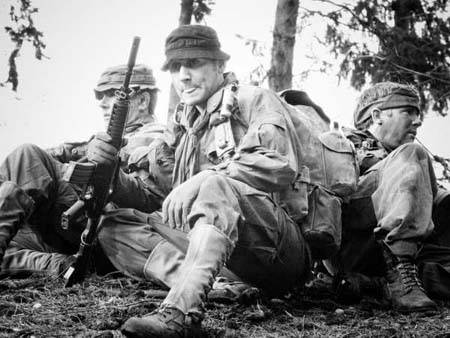 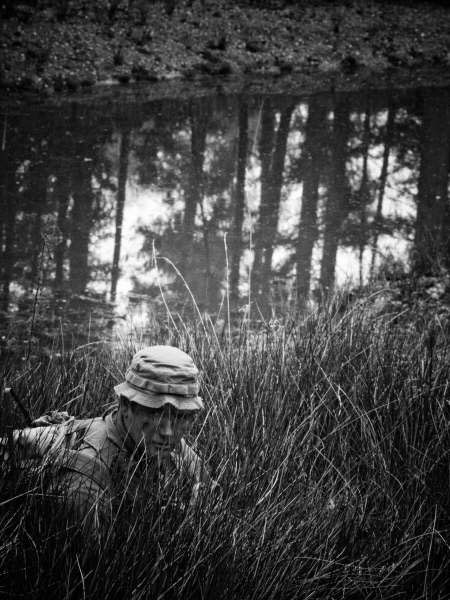 The RT observed a 12 foot square bunker with no overhead cover at YB457990, two M14 mines were emplaced. 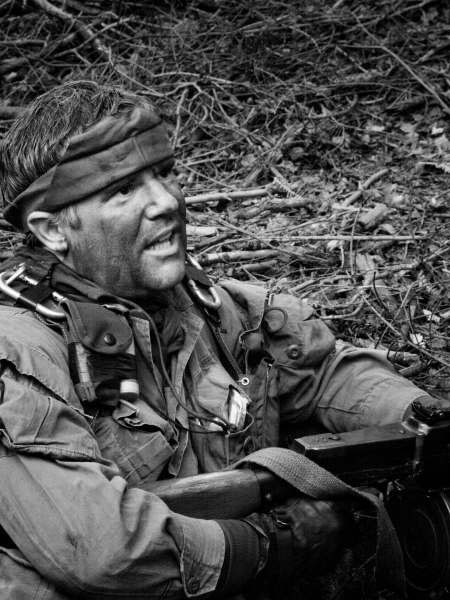 Evidence of large fires were seen near these bunkers. 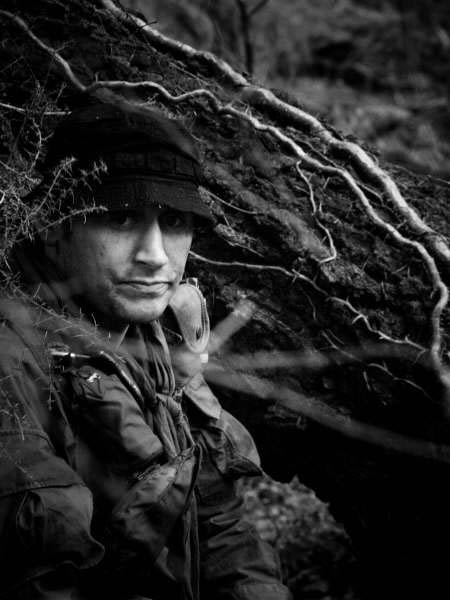 The RT located a bivouac area which had recently been used by approximately 30 people, the RT emplaced seven M14 mines one of which was heard to detonate. 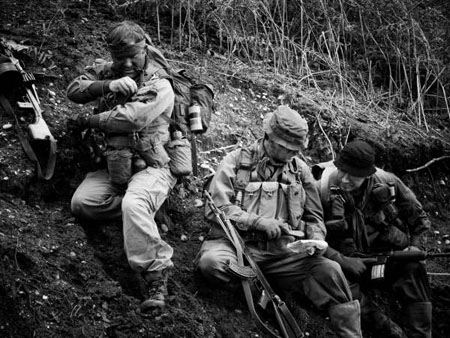 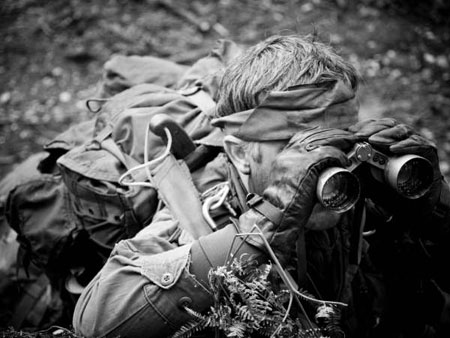 The enemy personnel were believed to be an NVA battalion size unit in the ALPHA-7 target area. 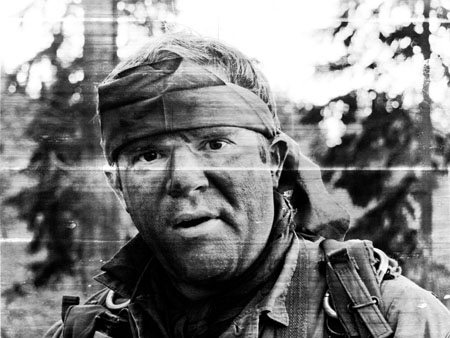 In the vicinity of the enemy personnel well tended crops of potatoes and tobacco were found, along with traps that appeared to be used to catch wild boars. 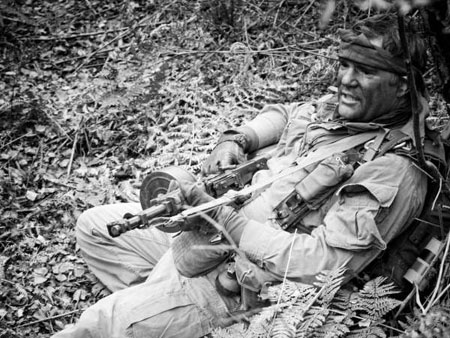 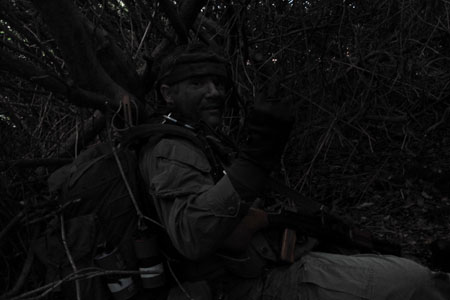 RON was established at YB430290. No enemy report on backtrail. 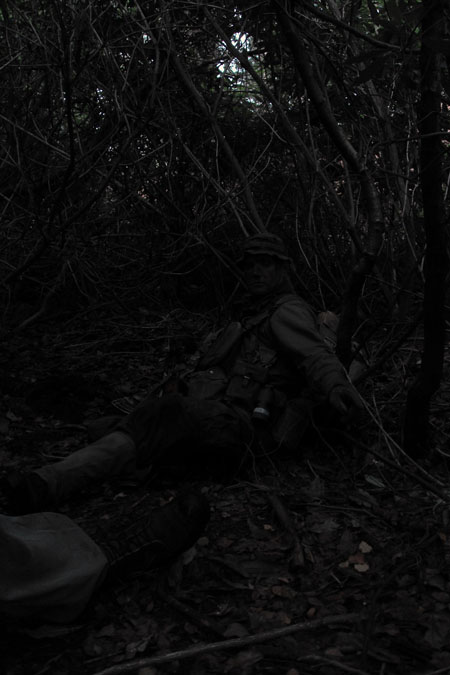 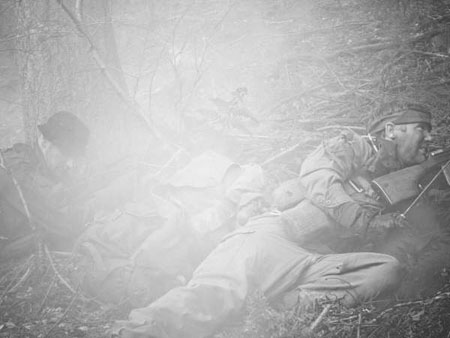 0500 RT received heavy small arms and AW fire from direction of back trail, below ridgeline. 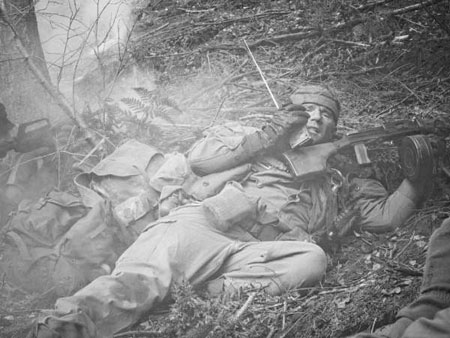 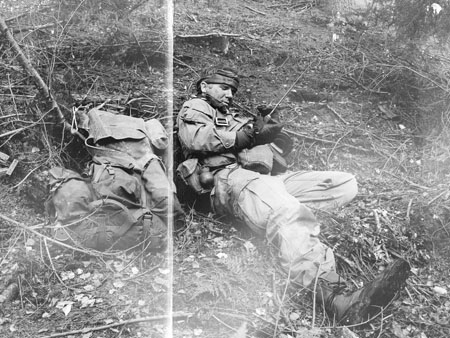 The RT was extracted on 010935Z Jul 69. During the extraction a large secondary explosion with black smoke resulting from an airstrike was observed in the vicinity of YD081012. 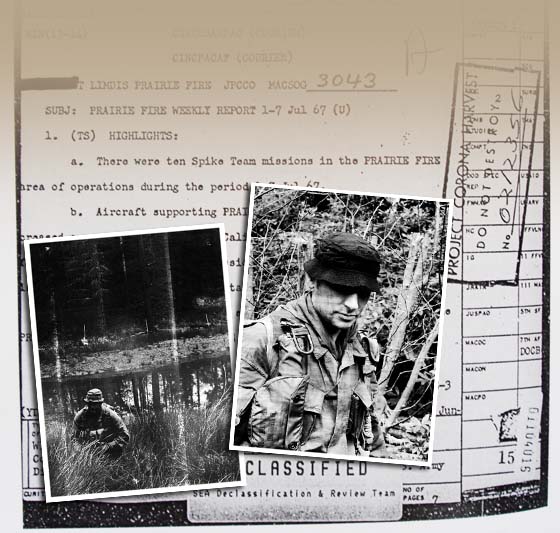