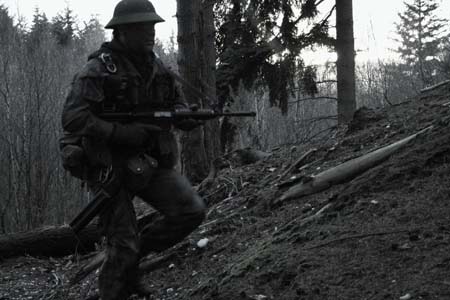 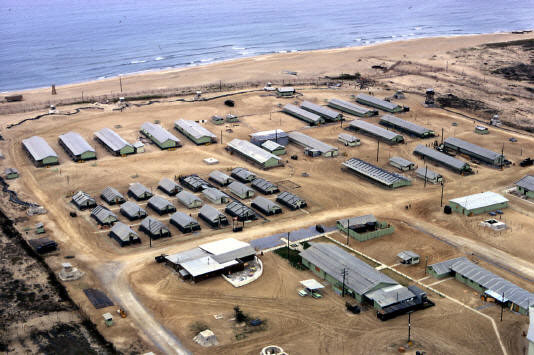 The CCN Compound at Da Nang showing its close location to the South China Sea CCN, always the largest of the three MACV-SOG field commands, was commanded by a Lieutenant Colonel. It was assigned conduct of classified special unconventional warfare missions into Laos and North Vietnam. CCN was organized along the lines of CCC and was composed of Spike recon teams (RT), Hatchet forces and lettered SLAM companies. Missions into North Vietnam were initiated as early as I February 1964 under Operation Plan 34A. Operations into Laos commenced in September 1965 as part of Operation SHINING BRASS, renamed PRAIRIE FIRE in 1968. By this time MACV-SOG had at its disposal two battalions of American-led Nung tribesmen as reaction forces capable of performing large combat missions. CCN often operated in conjunction with the CIA-trained Meo tribesmen of Gen. Vang Pao. In 1971 the Laotian operations were given the code name PHU DUNG, and in March of that year MACV-SOG created Task Force I Advisory Element to replace its three field commands. This task force was located at Da Nang. 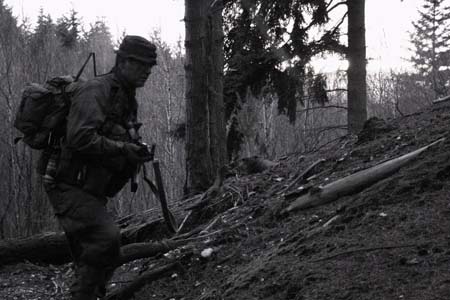 In this series of pictures you can see the Modern Forces team recreating RT Wyoming on a BDA (Bomb Damage Assessment) mission. BDA is the practice of assessing damage inflicted on a target by an air campaign and was not a popular assignment as you would be dropped in a recently bombed enemy area, with a reception committee a common feature…for this reason the team are wearing a mix of NVA and US issue gear to confuse the enemy in chance encounters. 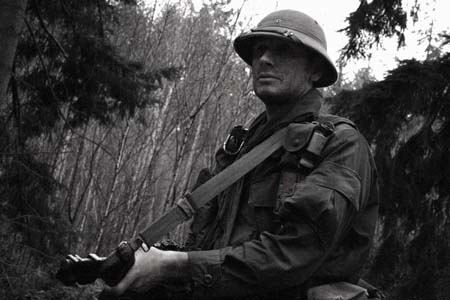 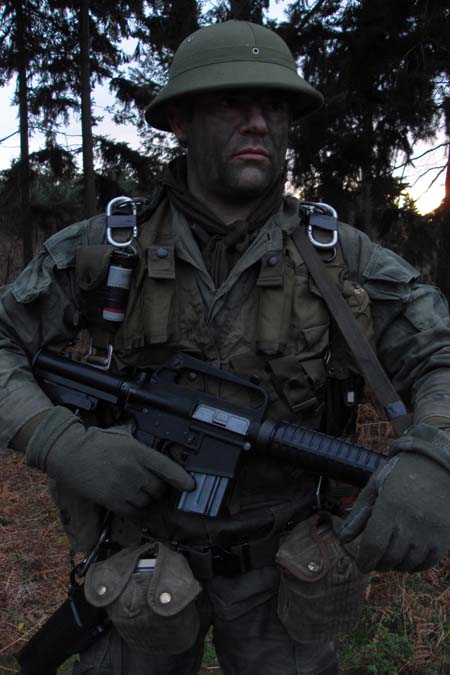 In this view of the teams One-Zero you can see his armed with a CAR-15, in this case with a 20 round magazine as they have already made contact and he has used the 30 round he carried as standard. The magazines (up to 21) are carried in canteen carriers for extra space. He is also wearing the final model of nylon grenade vest for his cut-down M79 grenade launcher, these were used as break contact weapons and often used with flechette rounds.

In this full-length shot you can see the STABO harness used with his webbing and his sprayed jungle fatigues. On his head you can see an NVA pith helmet. The STABO rig was used to extract team members when a helicopter landing was possible. A rope was dropped from a helicopter and attached to the shoulder links.

This side view gives a good shot of the cut-down M79 grenade launcher, above this is the XM28 Riot Gasmask used when using CS gas (a mini CS gas grenade can be seen on the STABO harness next to the first aid pouch) 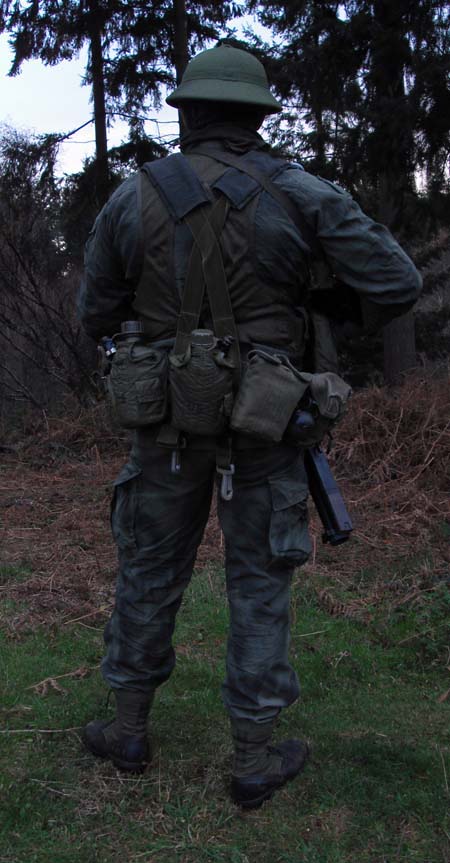 The rear shot highlights the STABO rig with its extras shoulder pads, you can also see the leg straps taped up beneath the canteens. Upon extraction these would be unhooked and attached the the harness at the front between the legs. 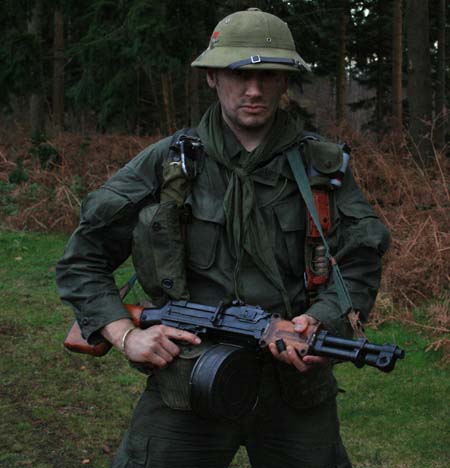 The teams One-Two can be seen armed with a cut-down RPD, this was a 7.62 drum-fed Chicom weapon used by SOG teams due to its high rate and fire and light weight. It was so accurate you were said to be able to write your name with it…Extra drum magazines would be carried in canteen pouches. 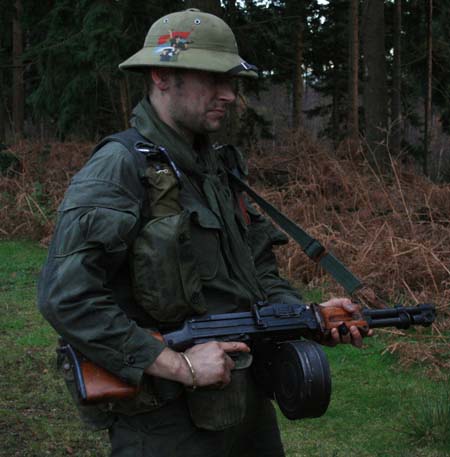