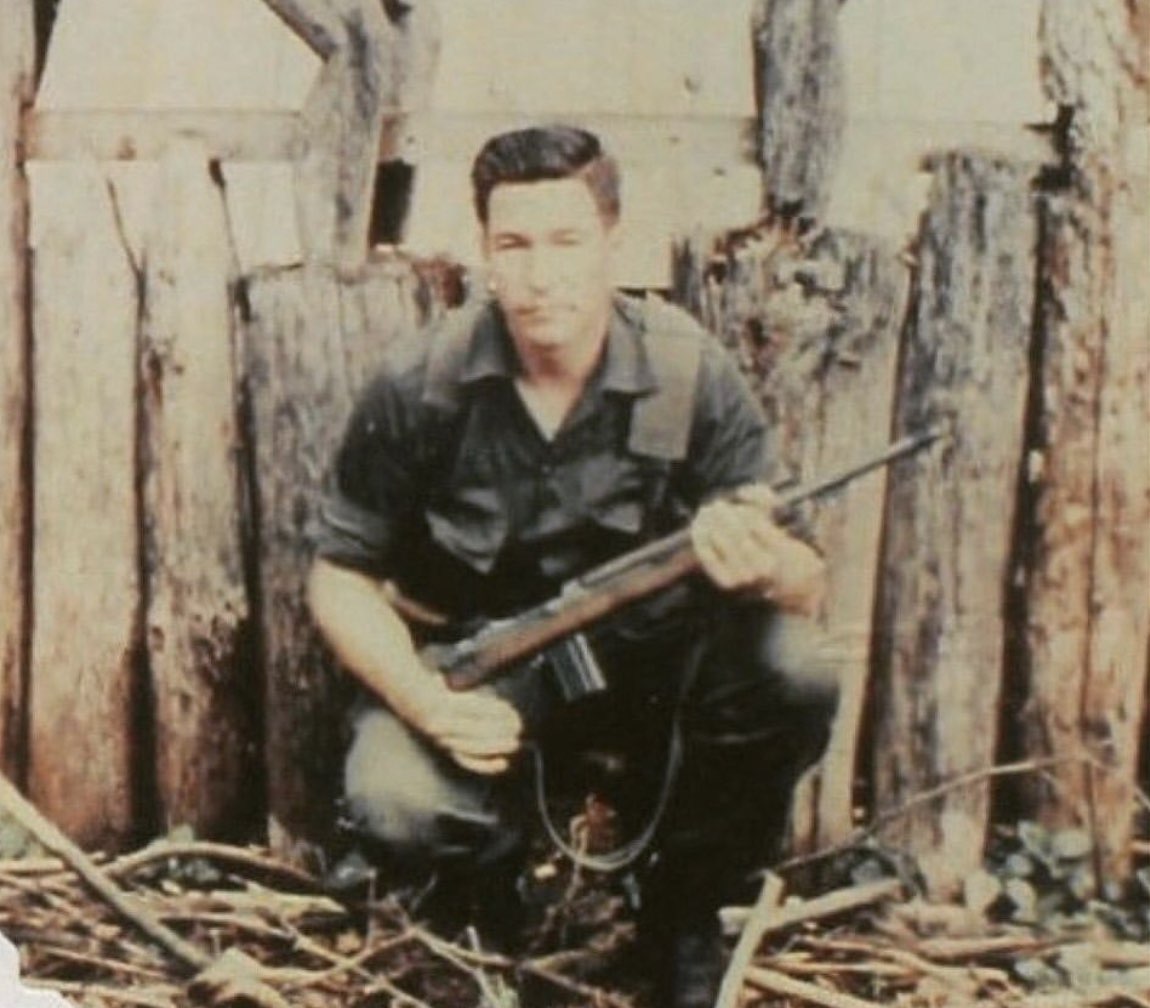 Baker, a WW II veteran who served briefly in General Douglas MacArthur’s headquarters staff before putting his skills at organization and logistics to work with Field Engineers. In 1963 he was working in Okinawa when Special Forces Capt. David E. Watts worked to develop the Counterinsurgency Support Office (CISO) in anticipation of needing to equip thousands of CIDG troops as the Vietnam War escalated. A key figure within CISO, and nowadays synonymous with the organisation, was Conrad ‘Ben’ Baker who served as the Deputy Director from 1963 to 1972.

Baker played an instrumental and hands on roll in the research, development and production of new highly specialised weapons, uniforms and equipment. The end users principally being US Special Forces, SOG, other Federal Agencies and indigenous forces operating within and from the Republic of Vietnam. 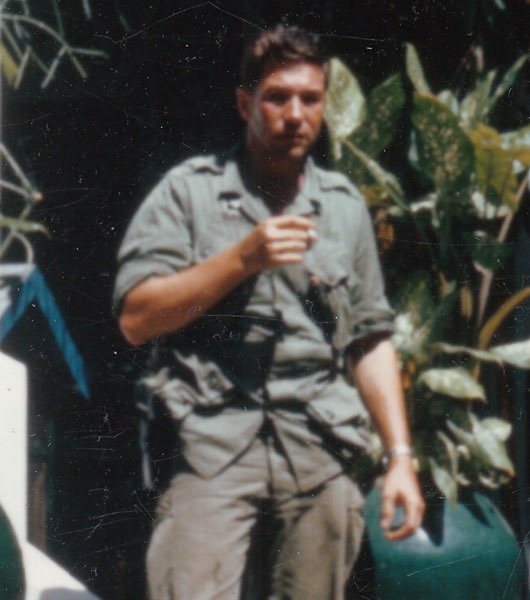 Travelling up and down Vietnam with more then 80 trips to forward base camps in- country, Baker also spent time in Thailand, Japan and Australia in an effort to find the most effective suppliers of materiel. Part of CISO and Baker’s immense value was their ability to provide support that was both within and outside of normal military channels without the interference of power politics which was rife within the military procurement process. As Baker himself said in an interview “We had no ‘must buy American’ mandates. Our job was to get the best supplies needed for our troops, plain and simple”.

Part of CISO’s success was also their insistence on listening to the wants, desires and needs of the men in the field and not “some fat-assed bureaucrat sitting behind a desk at DoD or the White House” and then putting these requirements into practice, ensuring the troops received the items they required within practical reason.

Within SOG, Baker is a legend for many reasons, including his unique inventions and items he purchased and refined with the SOG Recon Teams for their operational use. Some of CISO and Baker’s inventions and purchases include, but are not limited to:

– Replicas of enemy uniforms and equipment.

– Rucksacks that were appropriately designed for indigenous troops.

One of Baker’s most brilliant contributions took the unlikely form of the PIR Indigenous Rations. Native Montagnard’s were getting the runs from eating their US rations, designed for typical Western dietary requirements, so Baker went to Vietnam and Laos to talk to a number of nutritionists. After a period of consultancy, Baker came up with the indigenous rations which consisted of pre-cooked rice laced with Vitamin B to counter the vitamin deficiency that was often found within the indigenous troops. Baker sourced the pre-cooked rice from Taiwan and developed several rice seasonings; beef, fish, squid and mutton to name a few. When trying to produce the rations on a mass scale, he went to the US Navy Laboratory only to be told it would take 2-3 years to produce the ration. Systematic to the US Military’s procurement process, the timescale was unacceptable to Baker and he went to a private company, placing an order for 30,000 meals for a Dollar a piece. By the end of the Vietnam War, Baker estimated that CISO had sent 66 million rations that were used by the U.S and its allies in Vietnam, Laos, Thailand and in other locations. 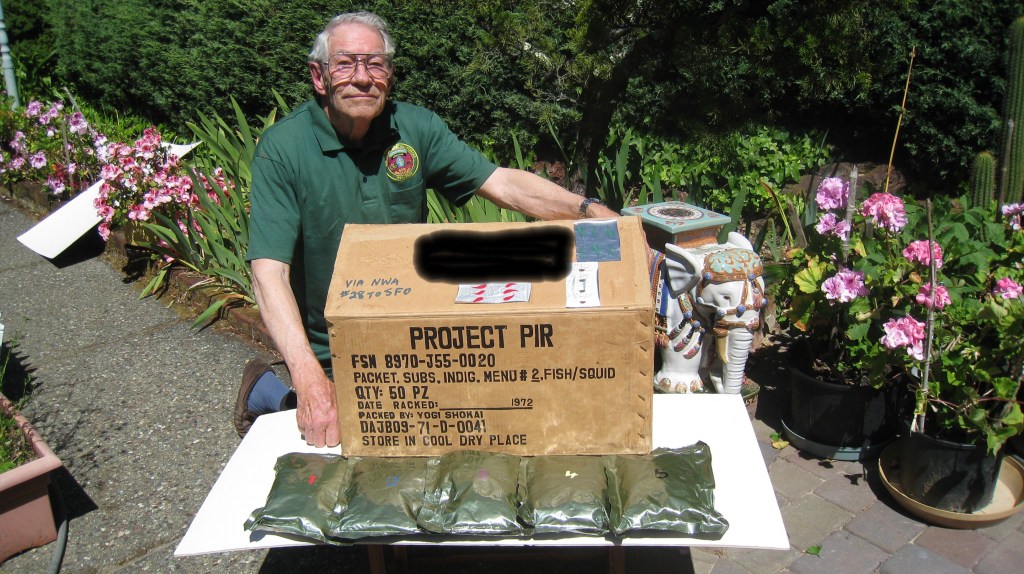 Ben Baker was also responsible for Inventing the first SOG Knife. When designing the knife he tested different types of steel for their suitability and worked on various blade and handle designs. Baker looked to his Father’s Marble Gladstone hunting knife for inspiration, he wanted to keep the design simple but effective. The blades designs are unique but bare resemblance to the classic American Bowie designs which are synonymous to strength and practicality. The first order for 1,300 SOG Knives went to Yogi Shokai, the Japanese trading company based in Okinawa that CISO worked with at the time. The order was made in 1964 for a seven-inch knives and eight prototypes that cost $9.85 a knife. These knives went to SOG teams for cross-border operations for testing and evaluation. Over the course of the Vietnam War, Baker designed a six inch knife and a seven inch knife for US Special Forces and SOG teams. He also made a prototype dive knife for SOG, of which only forty were made. 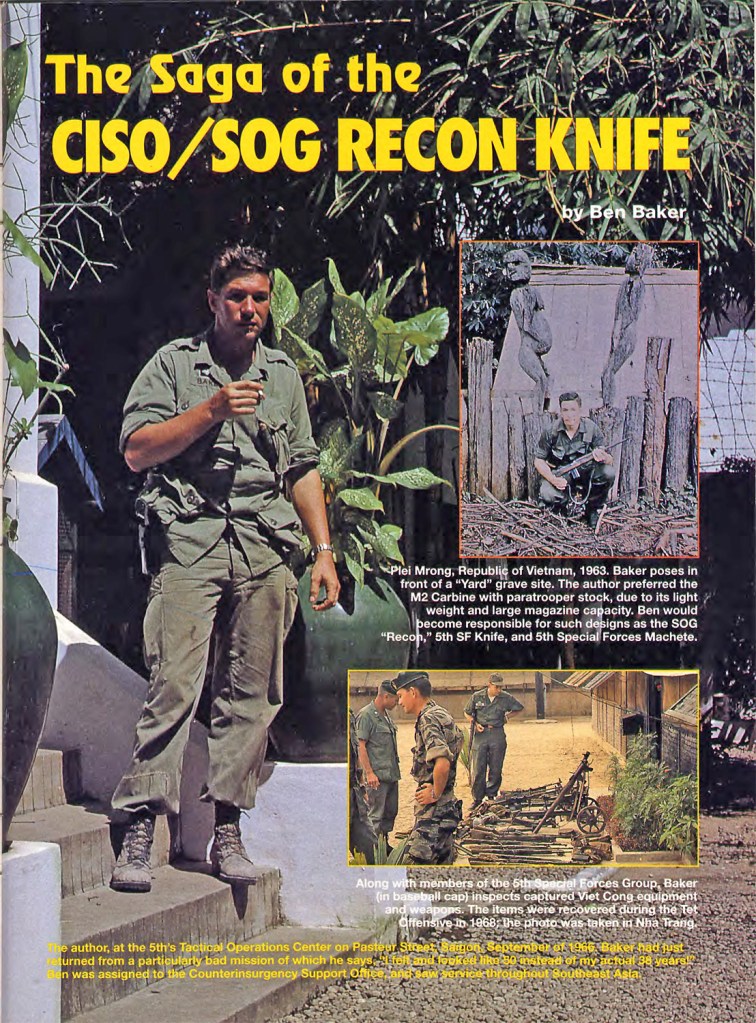 As a result of Ben Baker’s dedication and due diligence over the years, Baker was formally inducted into the Special Forces Regiment as the 12th Honorary Member on April 27 2017 by Colonel Nestor A. Sadler, Commandant of the U.S. Army John F. Kennedy Special Warfare Centre. Sadly, Conrad ‘Ben’ Baker passed away on 16 December 2019. 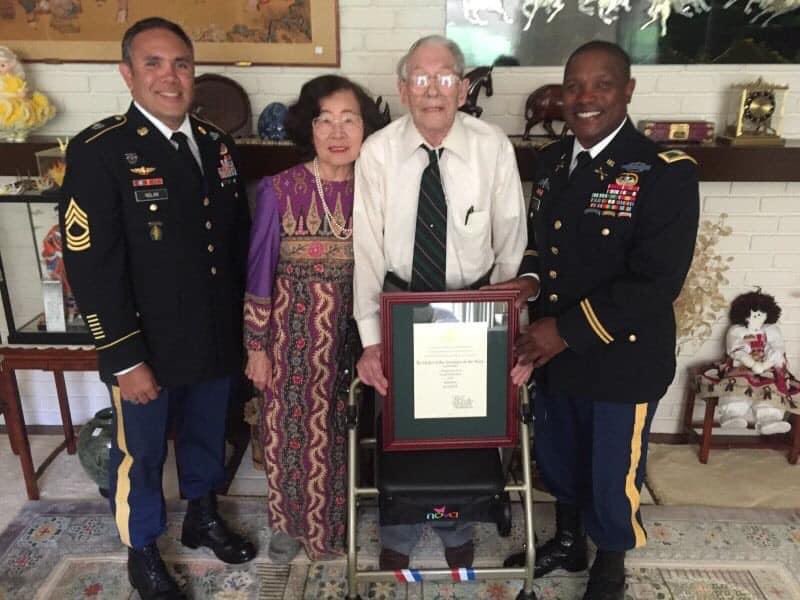