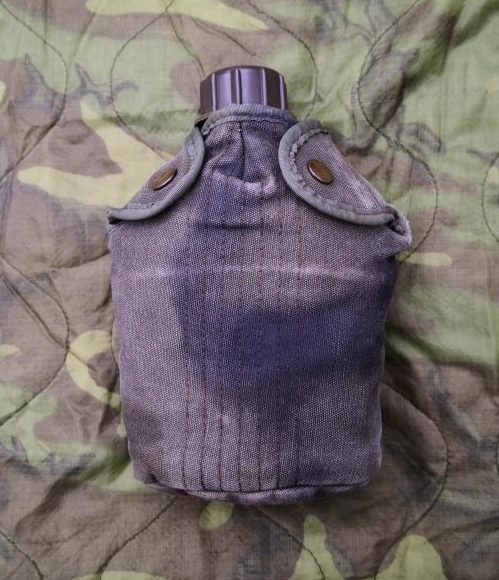 With the adoption of the M-1956 equipment, the M-1910 1-quart canteen and later World War II-production of the M-1910 remained in service well into the 1960s, later replaced by a plastic variant introduced in 1962. Both were of similar dimensions and slightly curved to sit comfortably on the hip. As a result, the M-1956 canteen cover was not fundamentally different from the earlier models with the exception of the use of two slide keepers in lieu of the M-1910 double hook and metal snaps for closure instead of lift-the-dot fasteners. Constructed of cotton duck  with taped edges, the M-1956 canteen cover had a synthetic wool felt lining for insulation and was slightly oversized to accommodate both the canteen and the canteen cup. Covers produced after 1966 have nylon-taped edges. Typically canteen covers also demonstrate the most visible signs of age, fading easily due to continuous wetting and drying. Originally a single canteen and cover was issued and worn either on the belt between the Small Arms Ammunition Case at the front and the Field Pack at the rear, or mounted on the side of the Field Pack. Troops in Vietnam generally carried two or more canteens, and this practice largely continued after the war. 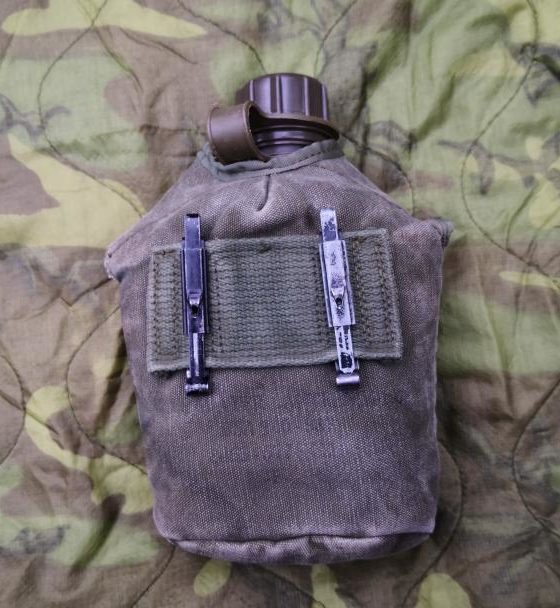 Deficiencies with the M56 were immediately realised once fielded in the tropical climates of Vietnam. Canvas, cotton duck and webbing, even when treated to prevent mildew, is still affected by it, along with dry rot due to constant wetting and drying. Cotton also absorbed a great deal of water, adding to its weight, and was slow drying; it also withstood abrasion poorly. As with just about everything else in use in Vietnam by the Army, from boots to field dressings to ammunition packaging, the design of load-carrying equipment was also changed in an effort to provide lightweight individual equipment that could better withstand the rigours of a tropical environment. 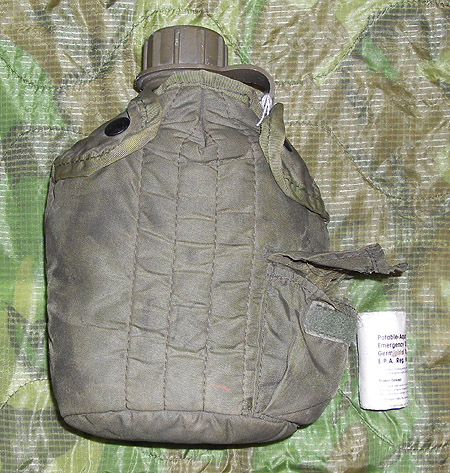 Nylon duck and webbing proved to be lightweight, unaffected by mildew, fast-drying as it absorbed little water, and resisted abrasion well. It did have limitations; it was shiny when new; being somewhat stiff, it made a rustling noise against vegetation; and it melted when exposed to high heat. The M-1967  Load-Carrying Equipment was developed specifically for use in Southeast Asia. Its issue began in 1968, but never fully replaced the M56 nor was it issued in complete sets. The M67 consisted essentially of the same items of similar design as the M56, but substituted nylon for cotton, and aluminium and plastic for steel and brass hardware where possible. 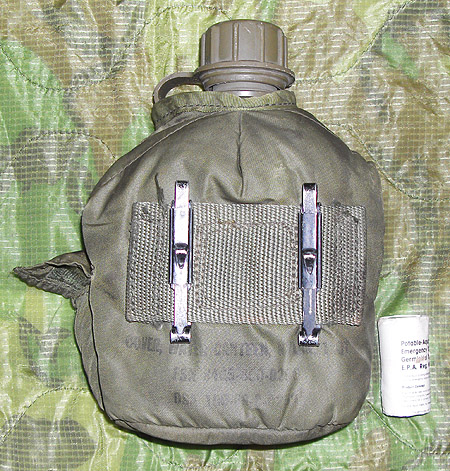 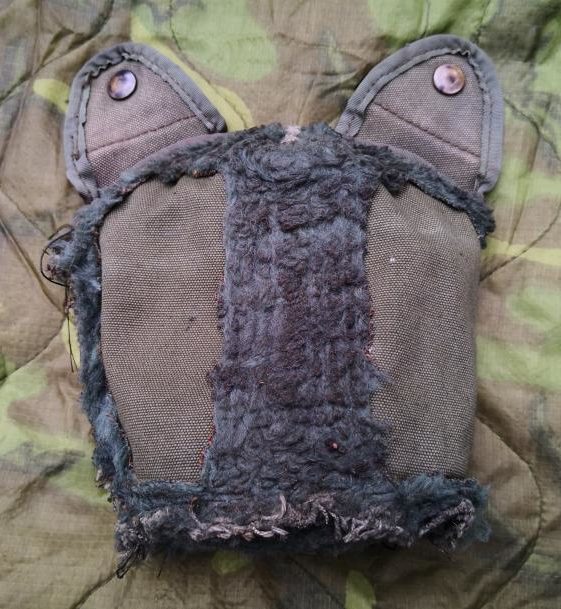 As the liner is stitched into the canvas of the pouch the easiest method of removal is to cut it out as close to the stitching as possible. It is then also possible to burn some of the remaining lining out further. 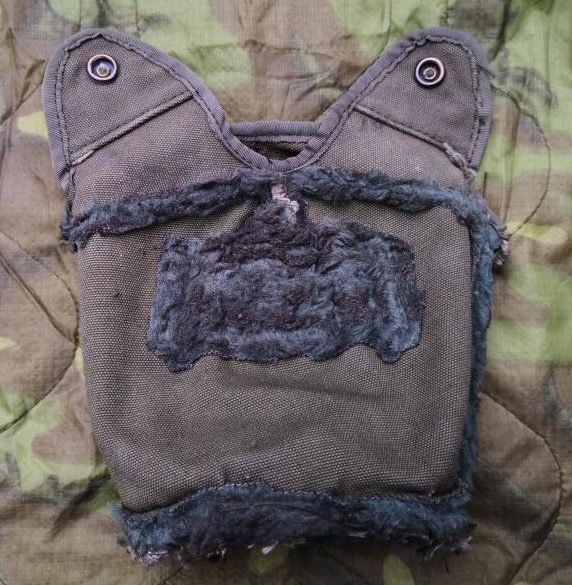 These changes to the inside of the pouch enable the carrying of up to 7 20rnd M16 magazines. 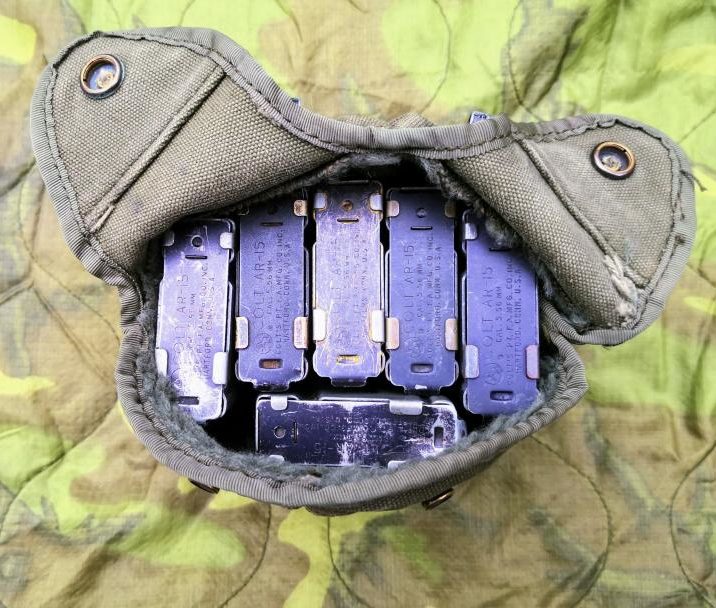 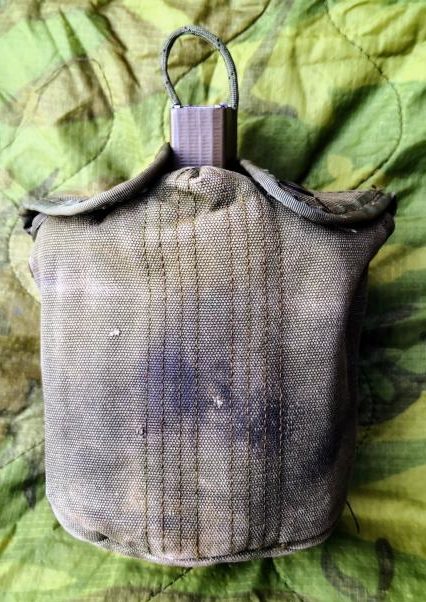 The pictures here show how the magazines can be stacked inside to get to this capacity. A single 20rnd magazine can be placed flat at the bottom of the pouch with an additional 6 orientated vertically on top as shown. The central vertical magazine can be replaced with a single 30rnd magazine this will then protrude from the top of the pouch, enabling it to be removed without opening the pouch itself. 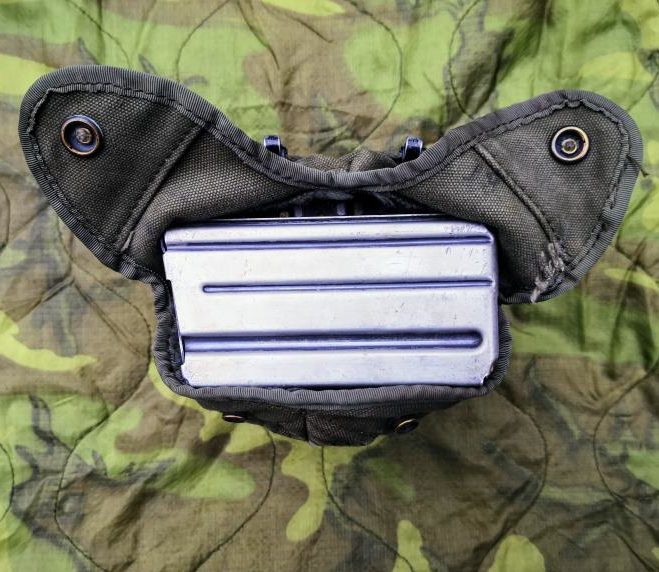