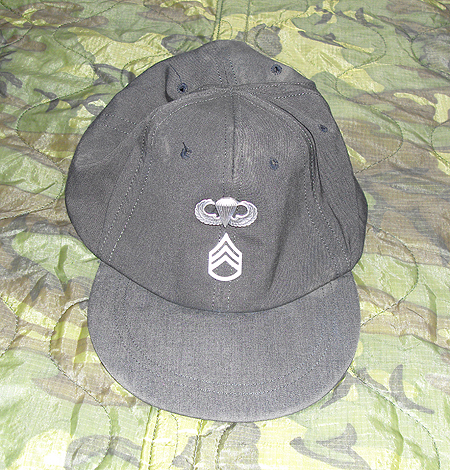 In late March 1971, when the 5th Special Force Group was redeployed to the U.S., American Special Forces personnel assigned to the three Command and Control units were ordered to don black baseball caps when in garrison, rather than wear their Green Berets, and the Command and Control elements (CCN, CCS, & CCC) were renamed Task Force Advisory Elements (TF1AE, TF2AE, & TF3AE). They originally consisted of 244 U.S. and 780 indigenous personnel each, but they were quickly drawn down by the elimination of the exploitation forces.

This black cap shows the wearers Para Wings and rank