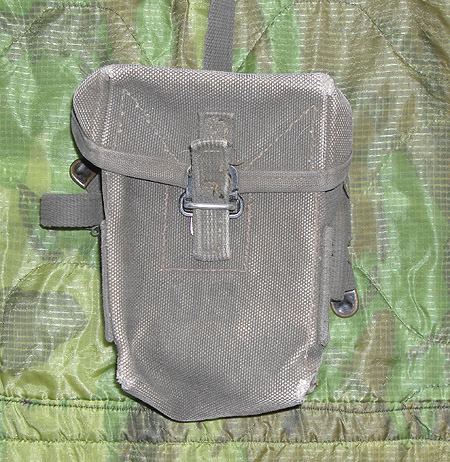 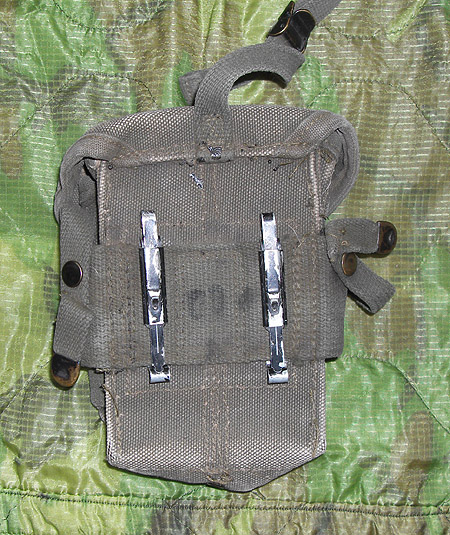 The cases were issued in pairs and worn at the front of the belt on either side of the buckle. Like all other M-1956 equipment they were constructed of heavy canvas. The top flap was closed by means of a metal eyelet and cloth tab closure. Early models featured a steel plate at the front both to maintain rigidity and to protect the ammunition. Two hand grenades of any type in the US arsenal could be attached on either side of each pouch, with the spoon hooked through a web strap and another web strap with snap-closure wrapped around the top. Like other pouches in the system, the ammunition pouches each attached to the web belt with a pair of slide keepers and, uniquely, an adjustable length strap with a closable hook which connected to the rectangular hook on the suspenders, intended to keep the case upright and transfer some of the weight directly to the shoulders. 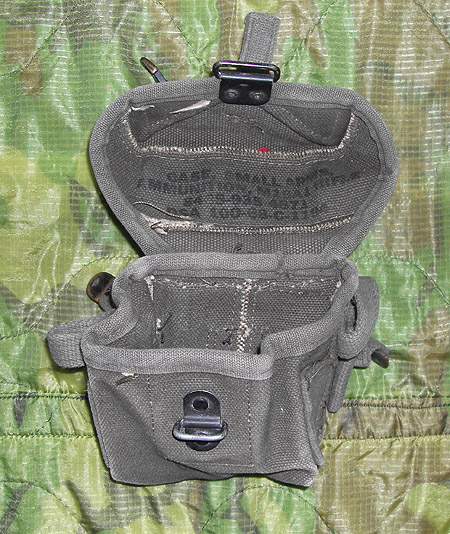 In 1964, a 2nd Pattern of the Small Arms Ammunition Case were introduced that was missing the plastic stiffener in front. This allowed the case to carry three M14 magazines side-by-side rather than two. 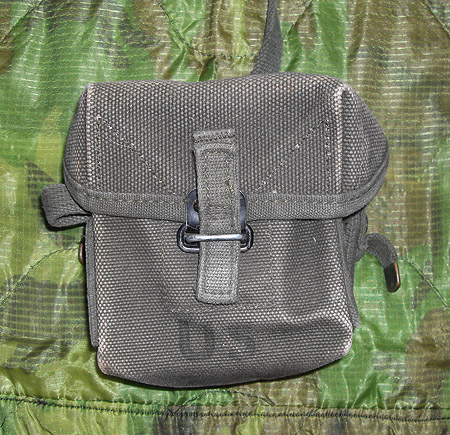 In 1965, slightly modified Small Arms Ammunition Cases came into service to coincide with the adoption of the 5.56×45mm NATO M16 rifle. Four of the 20-round magazines fit snugly into the M-1956-pattern cases, but their shorter size meant a void space at the top of the case which was too small to be useful for anything else. As a result, cases were produced in 1965 and 1966, identical to the M-1956 patterns but slightly shorter. By this point the M16 had been accepted for general issue, replacing the M14s as well as M1 Garands, M1/M2 Carbines, M1918 BARs, and SMGs still in service, so the general purpose nature of these cases was no longer essential. These cases did not necessarily fully replace the M-1956 pattern but were issued alongside them. 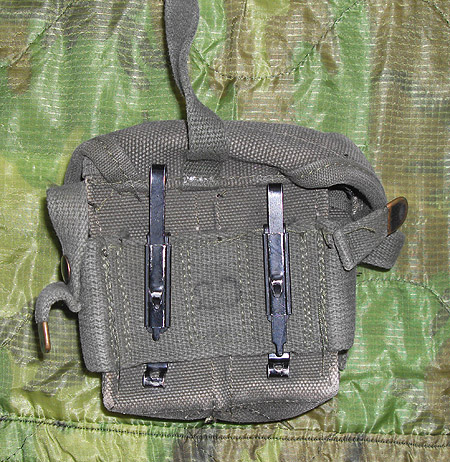