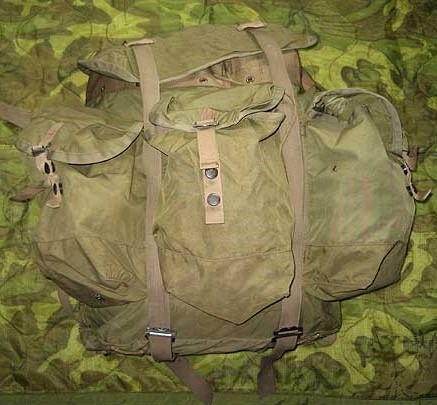 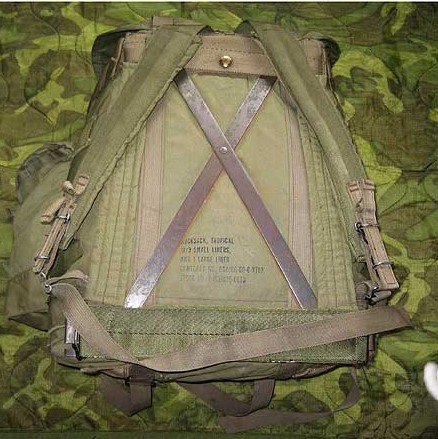 The Tropical Rucksack was introduced in 1968 as part of the M-67 equipment. The 68 dated example that is shown here has the early plastic snaps on the pockets like all first issue 67 gear. It was first issued to “priority” units including Special Forces, Rangers, and Divisional Recon. It would be more common to see the Lightweight Ruck in a line unit in 1968 than the Tropical Rucksack. This Ruck is easily identified as it has an integrated frame in the shape of an “X” that can be seen looking at the rear of the Ruck that goes against your back. This pack was bigger than the lightweight rucksack, but incorporated the same basic ideas of a large compartment with three external pockets. 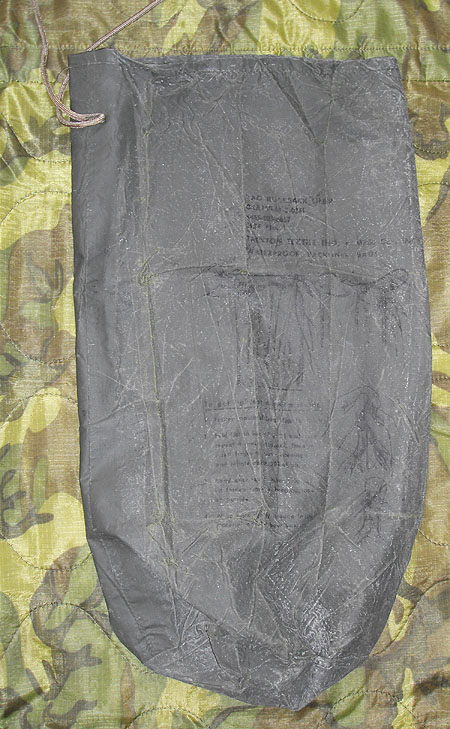 The tropical rucksack was issued with 4 pocket liners, 3 small ones and one for the main body. These were in rubber treated ripstop material (like that on a lightweight poncho)and were designed to prevent the contents from getting wet. Some examples of the outer pocket liners can be seen below. 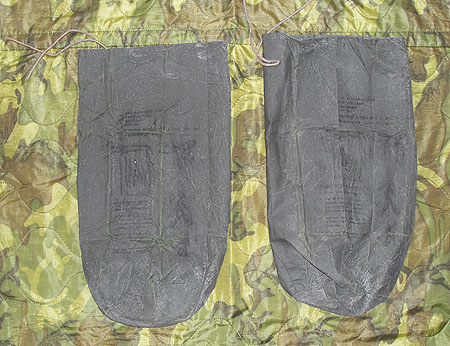