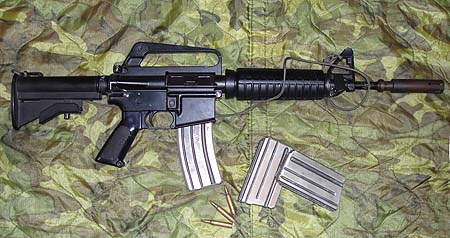 The CAR-15 Commando was not initially part of the CAR-15 Military Weapons System, but was added in 1966 in response to the US military’s desire for a shorter M16 and the Model 607 SMG’s inadequacies. Colt engineer Rob Roy designed a simpler two-position telescoping tubular aluminum buttstock to replace the complicated extending triangular version. The fragile and ad hoc triangular handguards were replaced by reinforced round handguards. Each half of the round handguard was identical, simplifying logistics by not requiring a top/bottom or left/right pair. The Model 609 Commando had a forward assist, while the Model 610 Commando did not. A Model 610B with a four-position selector was available, but not used by the U.S. military. All versions were equipped with the 4.25-inch long moderator.

The Model 610 was classified as the XM177 but adopted by the Air Force as the GAU-5/A Submachine Gun (GAU = Gun, Aircraft, Unit.) The Army purchased 2,815 Model 609 CAR-15 Commandos on June 28, 1966, which were officially designated Submachine Gun, 5.56 mm, XM177E1. As part of the contract, Colt was supposed to supply each XM177E1s with seven 30-round magazines, but Colt was unable to build a reliable 30-round curved magazine that would fit in the M16 magwell, so most XM177E1s were shipped with 20-round magazines. The exception was 5th Special Forces Group, who received a total of four early 30-round magazines. Colt completed delivery of the purchased XM177E1s in March 1967.

SOG Recon Team members would sometimes use a standard Colt hand grip as a field expedient forward grip. (not to be confused with the issue Colt fore-grip that fixes to the bayonet lug

In 1967, in response to field testing, Colt lengthened the Commando’s barrel from 10 inches to 11.5 inches. The increased length reduced noise and muzzle flash, and allowed fitting of the Colt XM148 grenade launcher. A metal boss was added to the moderator for mounting of the XM148 and rifle grenades. The chambers were also chrome-plated. The Commandos with the longer barrels were called the Model 629 and Model 649. The Model 629 Commando had a forward assist; the Model 649 Commando did not. 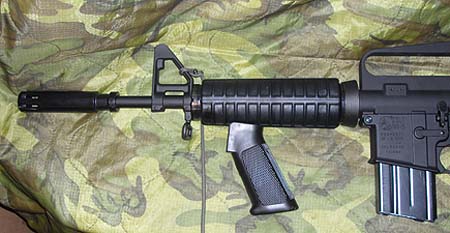 In April 1967, the Army purchased 510 Colt 629 Commandos for use by troops assigned to the Military Assistance Command, Vietnam Studies and Observations Group (MACV-SOG), and designated them XM177E2. Delivery was completed by the end of September 1967. The Air Force adopted a similar model without the forward assist feature as the GAU-5A/A. Sources debate whether or not this was a Colt Model 630 or 649. According to John Plaster and other sources, the lack of 30 round magazines continued to be problematic and SOG Special Forces operators resorted to pooling their personal resources and purchasing the larger capacity magazines on the civilian U.S. market. Problems with range, accuracy, barrel fouling, and usage of tracer bullets continued to plague the XM177 series, but Colt estimated that it would take a six-month $400,000 program to do a complete ballistic and kinematic study. There were also recommendations for a 29-month $635,000 research and development program. Both recommendations were declined by the U.S. military as American ground force involvement in the Vietnam War was gradually winding down. Production of the CAR-15 Commando ended in 1970. 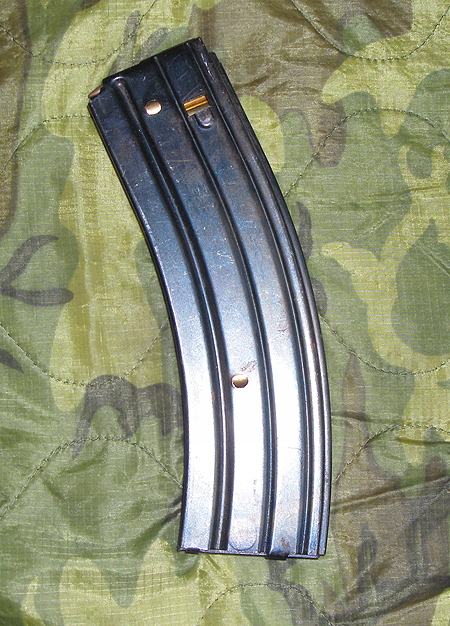 A 40 round M16 magazine that can be seen in use in a few photos of SOG teams.