The Team both new and old

Modern Forces Living History Group has a core membership of dedicated members all joined by the same goal of recreating an accurate portrayal of a SOG Recon team. We have all been collecting for years and honing our tactical skills with MilSim airsoft in the UK and US. We welcome new members but you have to be prepared to work hard to get it right! 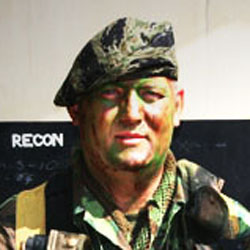 Militaria collector and reenactor for over 30 years, main interests are reconnaissance troops (all the way from Napoleonic light cavalry to HAHO deployed modern special operations types) and counter-insurgency operations. When not “dressing up” likes to go hill walking and fencing 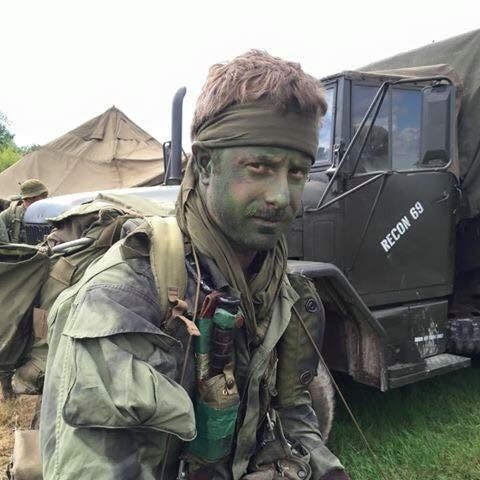 Chris has been reenacting for over a decade, and joined the team in 2010. Alongside his SOG impressions he portray’s Vietnam era Navy SEALS and Australian Clearance divers. Chris also plays Airsoft and collects modern Australian Defence Force uniforms and equipment. 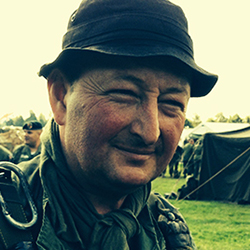 Dan has studied the origins and consequences of the Vietnam Conflict for 25 years. A continued interest in the technical details led him be start collecting the equipment and this in turn has led to Living History. Firstly portraying a member of the 2/7 Air Cavalry and then their Long Range reconnaissance company with its “H” Co designation. He has forged links with “H” Co LRRPS and visits veterans regularly to hear and appreciate their experiences. This in turn has focused his interest in specialised units leading to a portrayal of U.S. Special Forces in Vietnam from which most of the MACV-SOG have volunteered from. He continues to study and observe and continues to enjoy learning the fascinating story of the most effective and secretive unit that operated in the Vietnam conflict. 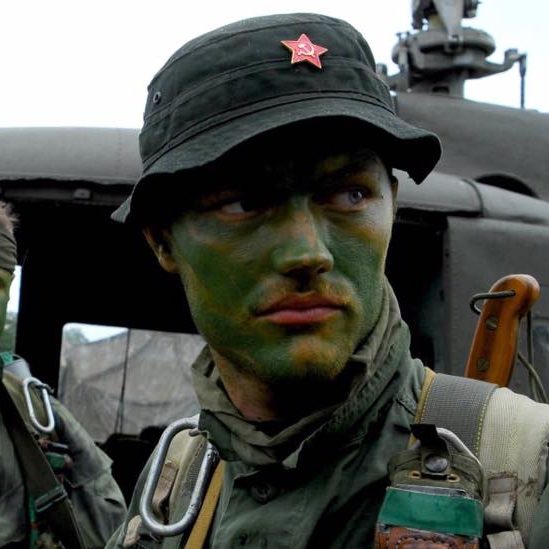 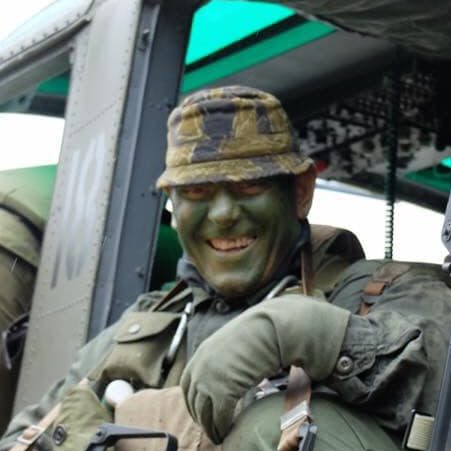 Growing up as an army child on various bases around the world was an experience in its self, thanks to his father being in the Army.

Simon has always been a keen collector of militaria and been involved with living history groups over 30 years. He collects all sorts of stuff which is the way we like it. He loves military history and is always on the hunt for new information to support his research. He is also involved in other living history time periods of living history, such as the Napoleonic campaigns, but always seems to come back to the Vietnam war as a period of interest and MACV-SOG. 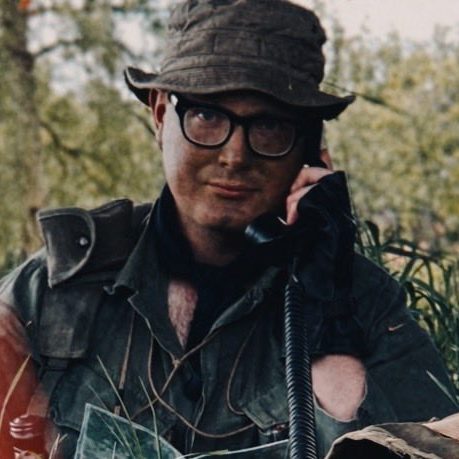 Whilst having been involved within living history for the past 15 years, Pip has always had a keen interest in history since visiting the castles of the Marches as a young boy. Since those days he has developed a very broad interest in history, although has a particular passion for unconventional and asymmetric warfare. A keen proponent of first hand source material, Pip takes great pleasure corresponding with the veterans of MACV-SOG and learning from their own experiences of a unique period in the history of modern warfare. Outside of living history, Pip enjoys hill walking, vernacular British architecture and experimenting with historical cooking techniques and recipes. 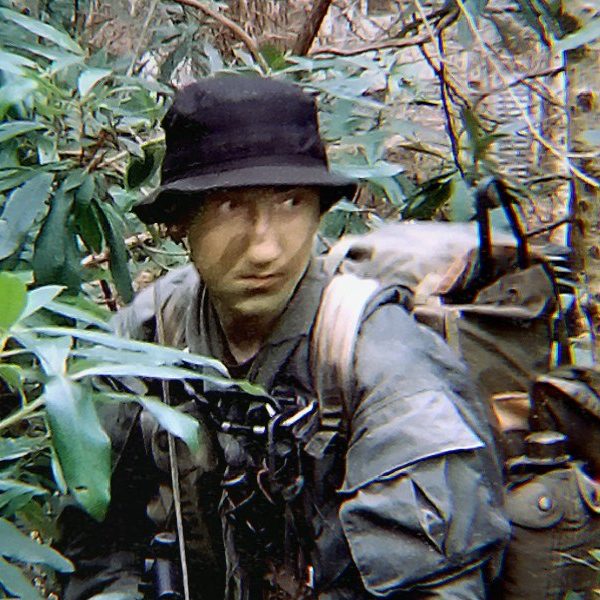 Dean’s interest in history began at quite a young age due to the countless books his grandparents and parents had on warfare from WWI all the way into the conflicts of the early 90’s. Growing up reading these books only progressed into attending reenactment events as a visitor which further developed his interest in specific periods in history. The one that truly caught his eye was the Vietnam war, not because of just the cinematic and pop culture surrounding it, but also the technological leaps and the change in warfare style, which saw the US quickly develop weapon systems and uniforms which would later influence so many designs. When he turned 17 and started earning money he began buying Vietnam related militaria until he read a book, “SOG: The Secret Wars of America’s Commandos in Vietnam” written by John Plaster. After this he was hooked on the history of MACV-SOG and slowly began to work his way towards his own impression. My other military interests range from Royal Ulster Rifles during WWII, the history of the SAS and all the way up to Task Force Black during the 2nd Gulf war and FSB Centre RECCE teams in the 2000’s. His other hobbies outside of reenactment include target shooting, cycling and hiking. 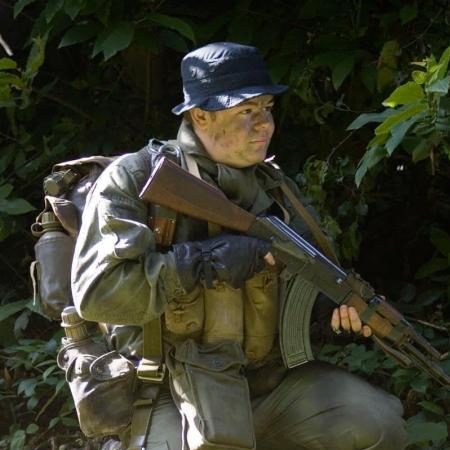 Joe’s family have a keen interest in military vehicles, when his dad bought a 1957 M38A1 Jeep, the family interest in the Vietnam War began. His Nan bought him the book, SEALs in Vietnam by Eric Micheletti when he was 12 years old and his interest in the Navy Seals involvement in the Vietnam War began and he started to collect Navy Seal equipment. At 15 he was introduced to MACV-SOGs involvement in the Vietnam War by a friend who had the book, Running Recon by Frank Greco, his interest grew and he started to collect the equipment and weapons that SOG used. He also collect’s WWII USMC as well as the uniforms and equipment of the USMC’s deployment to Afghanistan from 2006 to 2010. Outside of the group his hobbies are photography and Brazilian jujitsu. 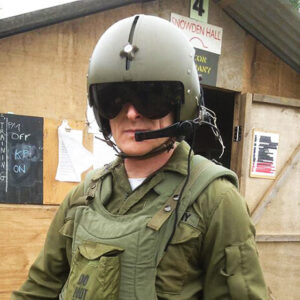 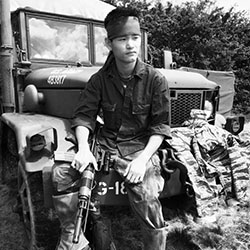 Born into a military family and spending time all over the world, due to his father’s career in the British Army. His interest into the military was sparked from an early age. Dan is a currently serving soldier within the British Army. He has served both at home and overseas on intelligence operations. When not at work or reenacting can often be found rock climbing, mountaineering, sea kayaking and snorkelling. 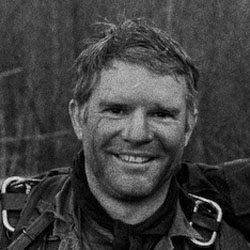 Paul, the groups original founder had been collecting militaria since the age of 11 and had a keen interest in History for the same time, the idea to create Modern Forces Living History group combined these two passions.” The ability to explore history through living and re-enacting scenarios and events was a natural conclusion to my collecting” 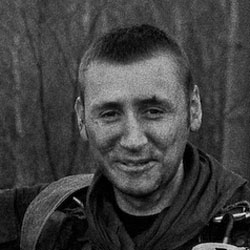 Jason’s love of all things military started before he joined the army cadets but that was a long time ago now, after living & travelling the world with his other hobby, snowboarding, Jason had a chance meeting with an old love, guns & military gear in the form of Airsoft. “JV” as he is known to most, loved nothing more than Airsoft & look cool at the same time. He had many different uniform impressions but had gone full throttle into SOG & re-enacting after joining the group. 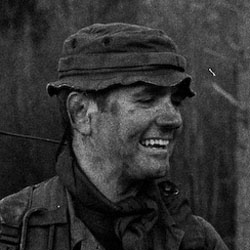 Peter is another past member and like Jason and Paul had a keen interest in all things military and was an avid reader of military history, but surprisingly read little on the Vietnam war apart from the ever popular “Chickenhawk”. After a chance meeting with Paul at the War & Peace Revival show and being blown away by the groups SOG portrayal he was then fascinated by the whole of SOG history. 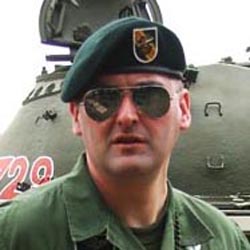 Steve’s interest in things military started as a kid with his dad telling him stories about his service in the RAF during the second world war, he kept Spitfires in the air in France, came out at Dunkirk was stationed at RAF Northolt during the battle of Britain then moved to a bomber squadron working on Lancasters. After watching films like Apocalypse Now, Platoon and Hamburger Hill he became interested in the Vietnam War and the music of the time. A chance internet search one day resulted in him finding the Modern Forces website and the rest as they say is history. 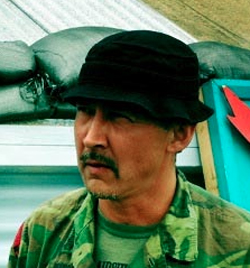 Currently a field archaeologist and part-time “steampunk” crafter, he grew up a “military brat”, accompanying his father on various overseas postings in the sixties and seventies. Constant exposure to the military, and nightly reports on a remote war in a country called Vietnam presumably left their mark. After involvement in “Dark Ages” Anglo-Saxon re-enactment around twenty years ago, he gave up the Living History hobby, having sworn to avoid the petty politics of different groups encountered along the way. However, a chance meeting with some of the modern Forces guys equipped as a SOG recon team, and he jumped at the chance to get involved. Small group, hard work, and worth it! 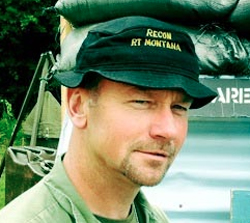 Having had a former military background and an interest in military history, Ross took his interest a little further and became a reenactor, starting off in the period of WWII, with an interest in the Vietnam War bubbling away in the background. He got to know the team members of Modern Forces…and as they say the rest is now history. 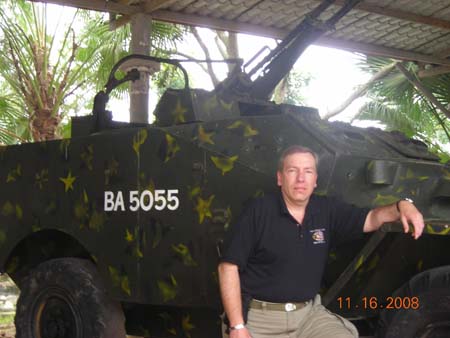 Jack at the Ho Chi Minh Trail Museum taken during his November 2008 trip to Vietnam.

Jack Kull serves as the senior Vietnam War policy advisor at the Defense Prisoner of War/Missing Personnel Office (DPMO) in Washington, D.C. Prior to coming to DPMO in 2002, he spent 17 years on Capitol Hill, the last three as the Director of Government Affairs for Rep. John M. McHugh (R-NY). Among other duties, he advised Rep. McHugh on matters relating to the prisoner of war/missing in action (POW/MIA) issue and supported the senior foreign policy and defense assistant in the fields of military affairs and POW/MIA matters. His involvement in the POW/MIA issue spans almost 30 years.

Jack first became interested in MACVSOG during his high school years when he read cryptic references in news magazines and newspapers to a highly classified Special Forces unit in Vietnam known as the “Studies and Observations Group.” While in Washington, D.C. for graduate school, he obtained an MIA bracelet bearing the name of MSGT George R. Brown, lost on 3-28-68. As part of his Master’s program, he completed an internship with the National League of Families of American Prisoners and Missing in Southeast Asia. While researching MSGT Brown’s case at the League, he discovered Brown was assigned to MACVSOG at the time of his loss.

Jack has continued his research into the loss of MSGT Brown and his team, Spike Team ASP, as well as MACVSOG, in the years since. His Freedom of Information Act requests in the 1980s and early 1990s for MACVSOG documents, to include the SOG annexes to the annual MACV Command Histories and the MACSOG Documentation Study, were among the first filed with the Defense Department for these previously classified documents. He has contributed to several books chronicling the exploits of America’s special operations forces during the Vietnam War. 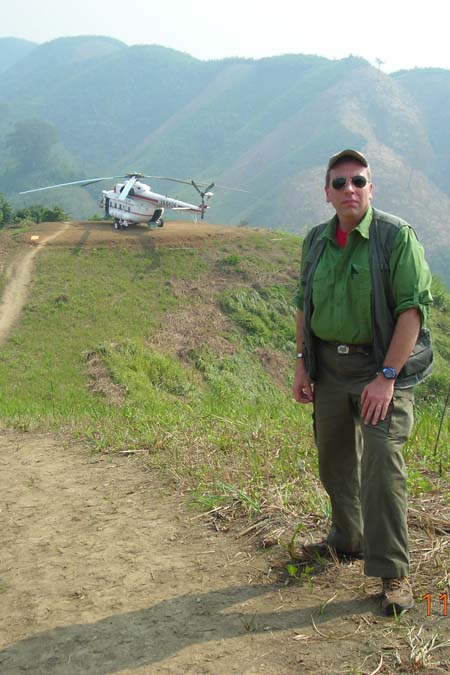 This picture was taken during my November 2007 trip to Southeast Asia. I’m at one of our recovery sites in far northern Vietnam, not too far from the Chinese border. The Soviet-built chopper in the background, MI-17, I think, was our mode of transport. 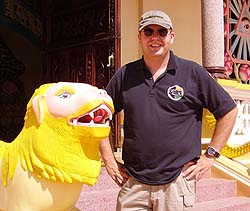 Picture taken at taken at the Cao Dai Temple of the Holy See, Tay Ninh Vietnam.

Leigh lives in Melbourne, Australia, and has collected militaria for over 20 years, with a focus on WW2 and post 1945 conflicts.

Within the Vietnam War he concentrates in US Special Forces and the Australian Army Training Team Vietnam. He has written for French Militaria Magazine and the newley introduced WW2 re-enactor Magazine. He is also a Moderator on the US Militaria Forum.

Leigh is currently undertaking his Bachelor of Arts degree at La trobe University, majoring in history. 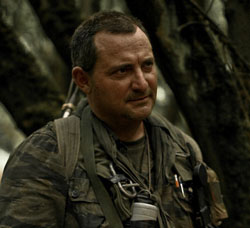 Alex makes very good quality reproduction STABO and Hanson rigs, he sells these via eBay check his listings out here. 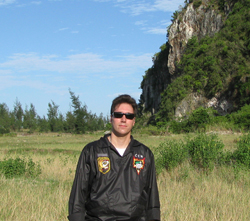 Jeffrey is a US based friend of the group who travels regulary to Vietnam, he can be seen here at the CCN Compound at Danang, in the background Marble Mountain. 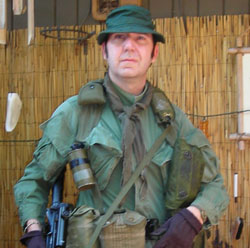